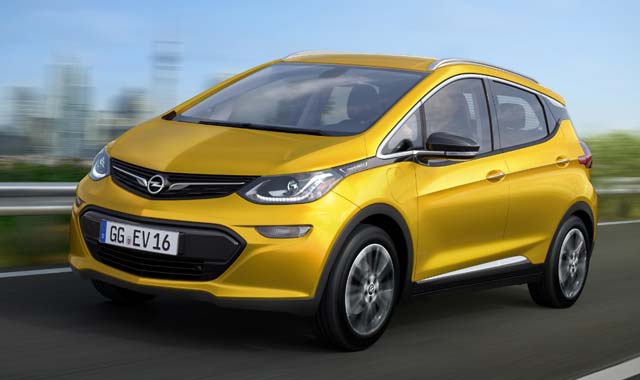 The Opel Ampera-e goes on sale in Norway, the most mature electric vehicle market in Europe, with a starting price at 299,900 crowns (33,500 euros).

Opel has priced its Ampera-e all-electric vehicle higher than the BMW i3 and Nissan Leaf EVs in Norway, the first market in Europe for the car. The Leaf costs 204,990 crowns while the i3 starts at 267,500 crowns.

As the ramp-up production curve for the Opel Ampera-e will be slow, only a limited volume will be available in the first months. Therefore, a staggered launch plan for Europe markets has been put in place, focusing initially on the markets that have an existing EV infrastructure in place and/or have shown the greatest ambition to populate their streets with electrically-powered vehicles.

Following the delivery of the first vehicles in Norway in spring, the next countries in line are Germany, Netherlands, France and Switzerland. Most other European countries will follow in late 2017 or during 2018 as production volume grows.

The choice of Norway as the first market to see the launch of the Ampera-e is easy to explain. Norway is by far the most mature EV market in Europe and already has more than 100.000 EVs on the road. Successful policies such as no purchase taxes on EVs, exemption from VAT on purchase and leasing, low annual road tax, no charges on toll roads and ferries, free municipal parking, access to bus lanes and 50 percent reduced company car tax are enticing Norwegians to look to electric vehicles. The electric vehicle share of Norwegian new car sales has been the highest in the world for several years, already reaching 22 percent in 2015 with the EV share in some parts of the country surpassing 30 percent.

“The availability of the Ampera-e will be limited due to a slow ramp-up of production at the Orion plant in Michigan,” said Peter Christian Küspert, Opel Group Vice President Sales & Aftersales. “Therefore, we made a decision to go with a staggered introduction plan going first with the countries that already have some form of EV infrastructure in place or countries that have shown ambition to become EV leaders. This has created the pecking order Norway, Germany, Netherlands, France and Switzerland. However, we are flexible here and will be able to add countries or change the order at short notice if somebody becomes so attractive because of changed policies for example. Our goal is to have enough capacity by 2018 so that we can offer decent volumes in most European countries. Our current plan has the Ampera-e being sold by e‑agents selected from the Opel dealer network in all markets, except Norway where it will be sold throughout the entire Opel dealer network as the Ampera-e will soon be Opel’s bestseller there.”

The Opel Ampera-e features an all-electric range of over 500 km – at least 100 km of additional range more than its nearest segment rival currently on the road. The combined WLTP range (Worldwide Harmonized Light-Duty Vehicles Test Procedure) is estimated at more than 380 km. Naturally, the range in everyday use will vary and depends on personal driving behavior and on external factors such as the outside temperature or the topography of your respective route.

When customers need to recharge, they can ‘refill’ around 150 km of range in just 30 minutes at a public 50 kW DC fast-charging station (average value, measured based on preliminary NEDC tests).