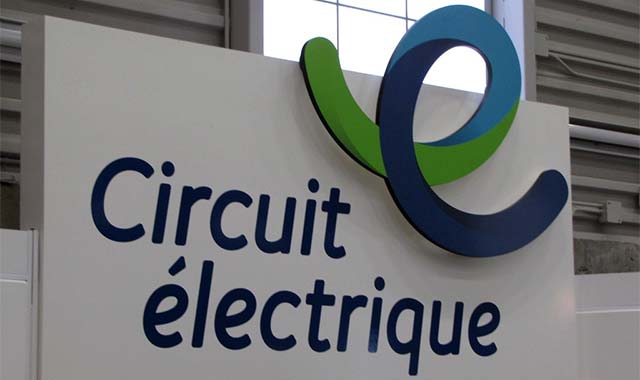 The Electric Circuit now has a total of 800 charging stations in operation, including 66 fast-charge stations, across Quebec.

The network also welcomed close to 4,500 new members in 2016, bringing the total to 11,500, which means that 85% of EV drivers in Quebec have Electric Circuit cards.

Some forty new partners joined the Electric Circuit in 2016. The network can now count on 181 visionary companies, institutions and municipalities who have purchased and installed charging stations. By paying for the charging stations and assuming the installation costs, the Electric Circuit partners demonstrate their strong commitment to transportation electrification in Quebec.

The Electric Circuit is now planning to roll out service areas with multiple fast-charge stations to support the advent of battery-powered EV models with an improved range of over 300 km.

“This increase is largely attributable to quick charging, which is a major advantage for EV drivers,” said France Lampron, Hydro-Quebec’s Director – Transportation Electrification. “In 2016, the number of fast-charge stations in our network went from 29 to 66. These stations are in great demand among Electric Circuit users who, like Quebec EV owners in general, are constantly increasing in number. The growing popularity of the Electric Circuit confirms its raison d’être and encourages us to continue to expand the network in order to meet their needs. We aim to have 2,500 charging stations in service by the end of 2020.”

In a November user satisfaction survey, 95% of the 1,674 respondents said they were satisfied or very satisfied with the Electric Circuit’s service.

Interestingly, the number of charges started directly using the Electric Circuit mobile app, rather than a membership card, doubled in the past year.

In 2012, Hydro-Quebec launched the Electric Circuit, the largest public charging network in Quebec. It is a major initiative in the implementation of the infrastructure required to support the adoption of plug-in electric vehicles in Quebec.