DOE: 2016 All-Electric Vehicle Ranges Can Exceed Those of Some Gasoline Vehicles 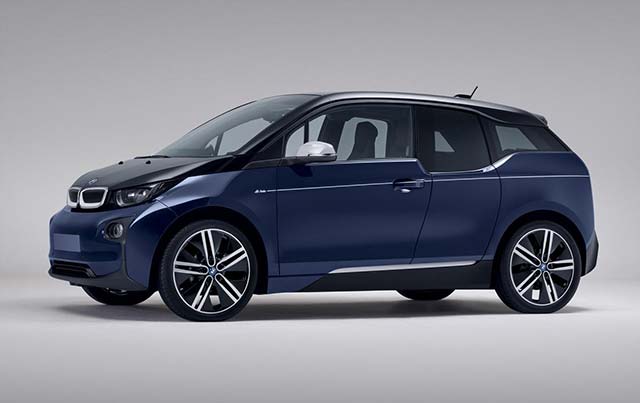 Although most electric vehicles have shorter ranges than gasoline vehicles, there are EVs with ranges equal to or greater than some gasoline-powered models.

For the 2016 model year (MY) the maximum range for an all-electric vehicle is 294 miles while the minimum range for a gasoline model is 240 miles. Plug-in hybrid electric vehicles use both gasoline and electricity drawn from the grid. The all-electric range of PHEV models varies greatly, and the total gasoline and electric range of a PHEV is between 150 and 600 miles in MY2016 vehicles.

The ranges for EVs have been increasing since their debut in the mass market but technological improvements have also increased the ranges for gasoline vehicles.

For 2016, the median range for gasoline vehicles is 412 miles while the highest range is just over 700 miles. 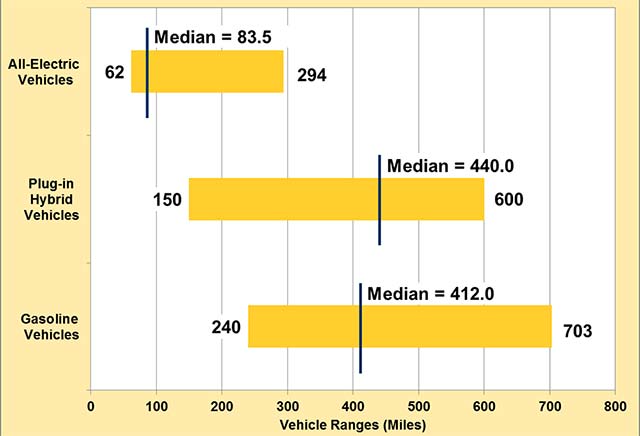