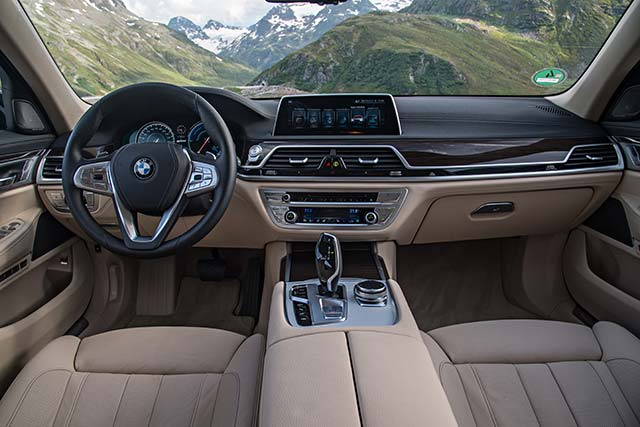 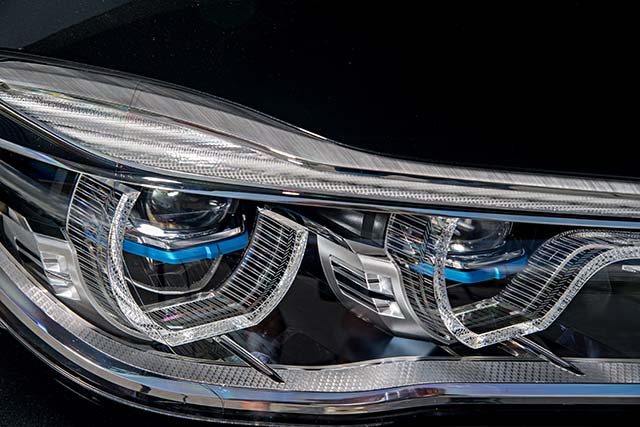 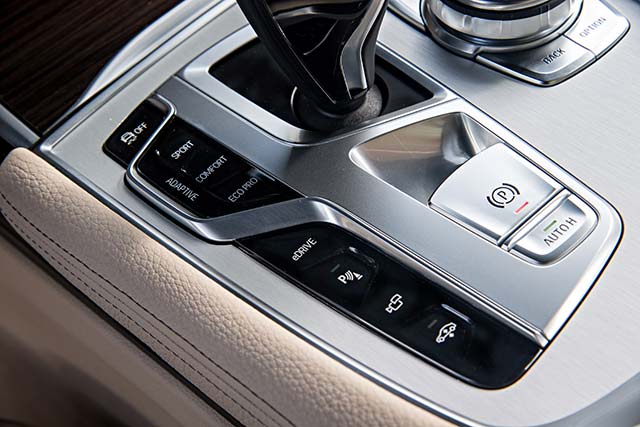 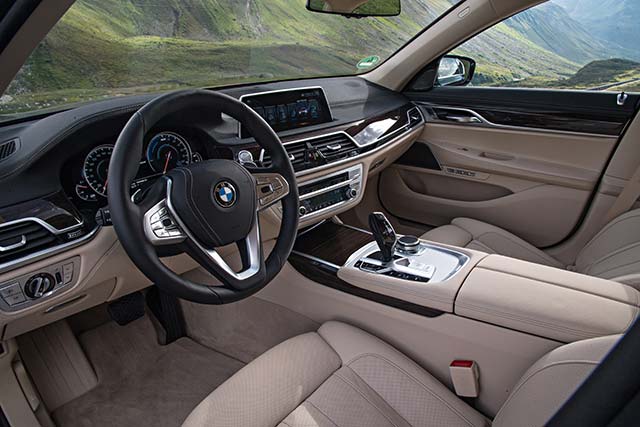 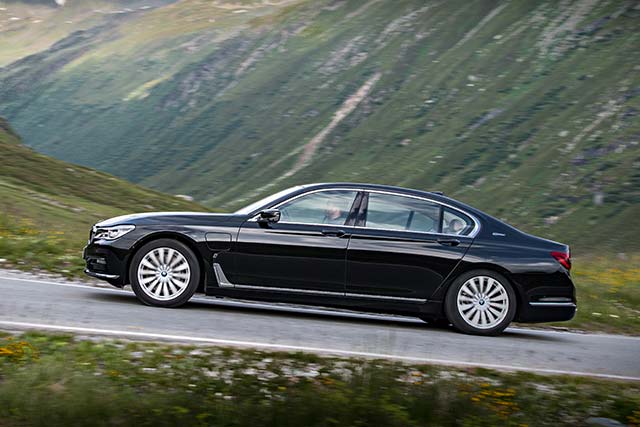 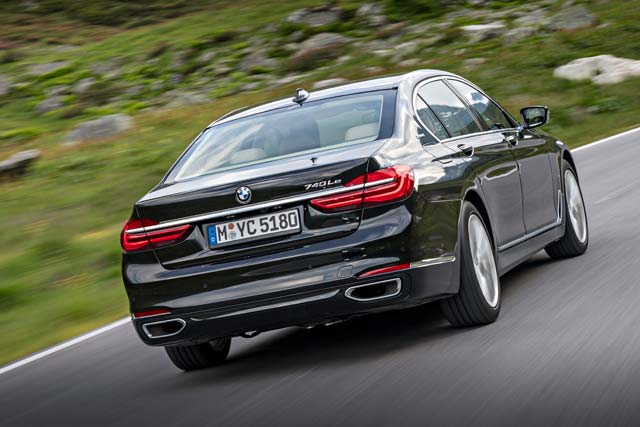 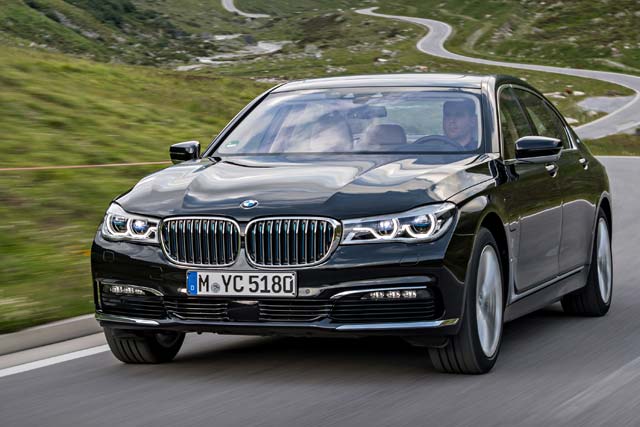 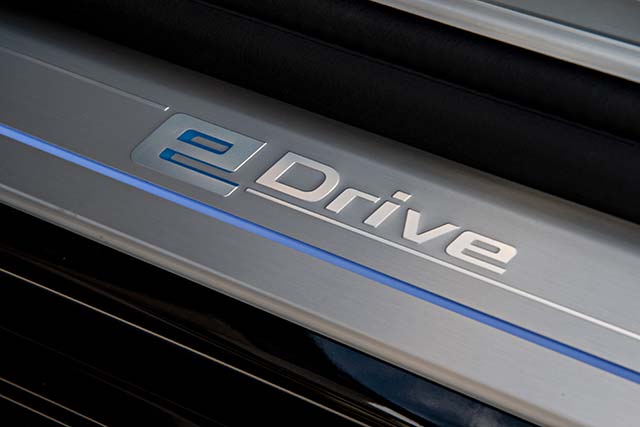 The sixth generation of the BMW 7 Series is a true flagship of the BMW range, blending comfort, style, dynamic ability and cutting edge technology in equal measure to create an inspiring mode of luxury transport. To complete the range, the BMW 7 Series has borrowed technology from the BMW i sub-brand to follow in the footsteps of the BMW X5 eDrive40e, BMW 225xe and the BMW 330e to create the new BMW 740e and 740Le xDrive. The plug-in-hybrid variants of the new BMW 7 Series allow long-distance comfort and luxury to be experienced in combination with all-electric, locally emission-free mobility.

Both models sit within the BMW iPerformance range and benefit from BMW eDrive and the Carbon Core body structure with which are rooted in know-how from BMW i.  The intelligently controlled interaction between the combustion engine and the electric drive, which together generate a total system output of 326hp, endows the BMW 740e and 740 xDrive with strong acceleration while simultaneously realising a substantial reduction in fuel consumption and emissions.

The electric motor is fully integrated into the eight-speed Steptronic transmission. This ensures that pure-electric driving, the dynamics-enhancing electric boost function and the recuperation of braking energy are able to operate efficiently.

Working intelligently together, the combustion engine produces an output of 258hp whilst the electric drive system produces112hp, resulting in a combined system output of 326hp and a combined peak torque of 500Nm. The immediate response of the accelerator and sustained delivery of dynamic power allow the BMW 740e to accelerate from zero to 62mph in 5.4 seconds and the BMW 740Le xDrive to complete the same sprint in 5.3 seconds.

The high-voltage lithium-ion battery has a gross capacity of 9.2kWh and net capacity of 7.4kWh. It is stored underneath the rear seat bench in a space-saving position that also provides optimum crash safety. In line with the BMW 7 Series models, the BMW 740e and BMW 740Le xDrive also benefit from a level surface in the luggage compartment, which offers a capacity of 420 litres. The stowage volume and practicality of the load area sets the benchmark in the luxury plug-in hybrid sedan segment.

The cars’ sporty driving characteristics are accompanied by extraordinarily low petrol consumption and emissions. The BMW 740e records a combined fuel consumption of 134.5mpg whilst the 740Le xDrive achieves 117.7mpg. The CO2 emissions associated with petrol consumption are 49g/km and 54g/km respectively. The efficiency of the BMW eDrive technology developed using know-how from BMW i is proven in the all-electric, locally emission-free driving resulting in a range of 29 miles.

BMW 740Le xDrive
The BMW 740Le xDrive follows in the tyre tracks of the BMW X5 xDrive40e as the brand’s second model to distribute its power permanently to all four wheels in pure electric driving.

The intelligent all-wheel-drive system ensures supreme traction, optimised directional stability and enhanced agility through all types of corners in all-weather and road conditions. The variable power distribution between the front and rear wheels gives the BMW 740Le xDrive a dynamic accelerative ability, with the journey from rest to 62mph completed in 5.3 seconds.

As with all iPerformance models, the eDrive button allows the driver to change how the plug-in hybrid drive system operates. In the AUTO eDRIVE hybrid function, intelligent energy management ensures the combustion engine and electric motor work together to the dynamically optimised effect. The operating strategy defaults to all-electric mode at low and moderate speeds to utilise the advantages of locally emission-free mobility as widely as possible. The combustion engine is initiated at speeds of approximately 50mph or under heavy throttle applications.

The driver can switch to the MAX eDRIVE pure-electric mode at the touch of a button. In this setting the car is powered exclusively by the electric motor, although the combustion engine can be brought into play at any time by pushing the accelerator into kickdown. In the MAX eDRIVE setting, the BMW iPerformance variants of the new BMW 7 Series have a pure-electric top speed of 87mph. The Battery Control setting allows the charge of the high-voltage battery to be set manually. The driver can input a target value between 30 and 100 per cent of maximum charge, which is then available for pure-electric driving later in the journey.

The plug-in hybrid variants of the new BMW 7 Series are also equipped as standard with the newly designed Driving Experience Control switch on the centre console. At the touch of a button, the driver can activate a vehicle setting that optimises dynamics, comfort or efficiency. The range of characters encompassed by ECO PRO, COMFORT and SPORT modes are even more clearly defined than with conventionally powered vehicles. Beyond this, the Driving Experience Control switch offers the option of selecting ADAPTIVE mode. In this setting, the car’s responses adapt noticeably to the driver’s style and route profile.

Jul 21, 2016Blagojce Krivevski
Protean Electric gets $70M in funding for its in-wheel drive systems for electrified vehiclesFind out how DHL transports Formula E around the world [video]