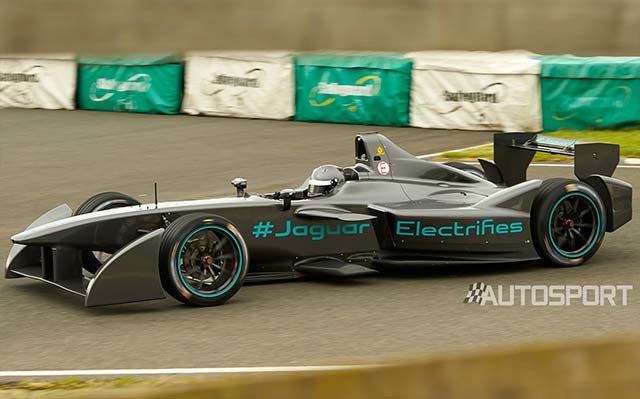 The first pictures of the Jaguar Formula E race car have been published by Autosport.

The iconic luxury car manufacturer is entering the FIA Formula E Championship with an all-electric racer in season three, which kicks off in Hong Kong this October.

The pictures were taken at British race track Mallory Park. The identity of the driver was not revealed by the team.

Jaguar has partnered with Williams Advanced Engineering for the operation and development of the car, which was running in a special test livery rather than the one the team will race with next season. 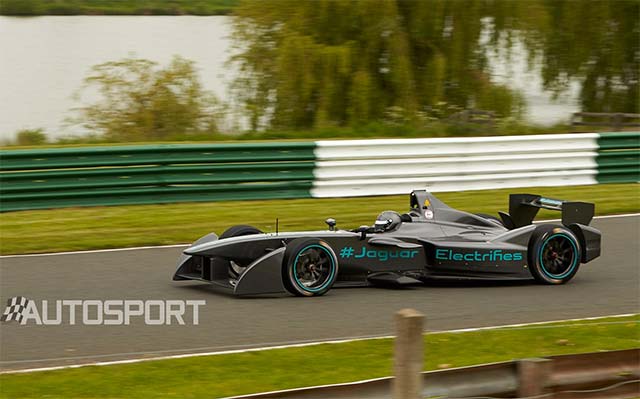 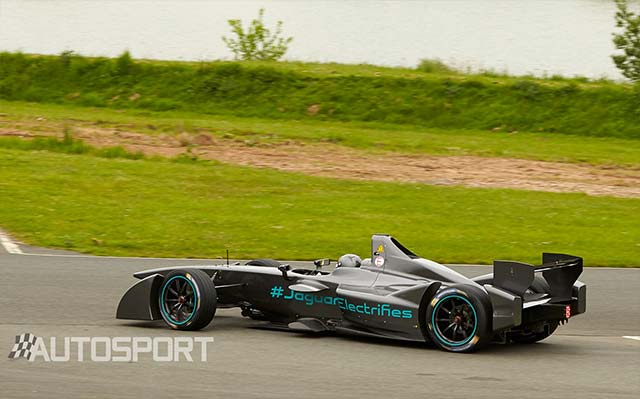 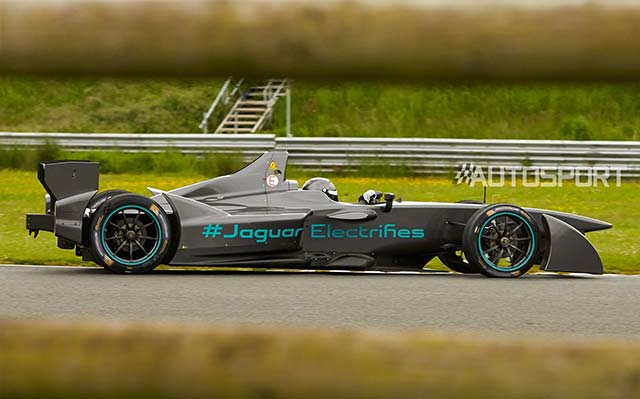