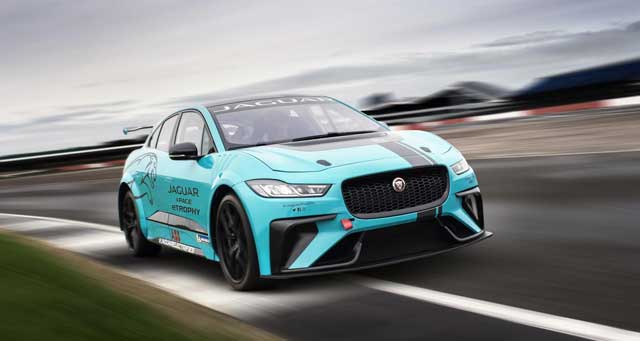 Up to twenty identical Jaguar I-PACE eTROPHY racecars will line up on the grid on Saturday 15 December in Ad Diriyah, Saudi Arabia, for the first round of the new global electric production car racing series.

The Jaguar I-PACE eTROPHY race will take place before the main ABB FIA Formula E race on the same city circuits, throughout the 2018-19 season and beyond. The series, a world first, offers teams the chance to showcase driving talent and electric performance in some of the world’s most exciting cities.

Marion Barnaby, Championship Manager, Jaguar I-PACE eTROPHY, said: “Seeing Jaguar I-PACE eTROPHY racecars line up on the grid in December will be a proud and historic moment for Jaguar, and spectators can expect plenty of action from the races. As we travel to some of the world’s most exciting cities we’ll be bringing a new kind of electric street racing to the public and inspiring the next generation of electric vehicle owners.” 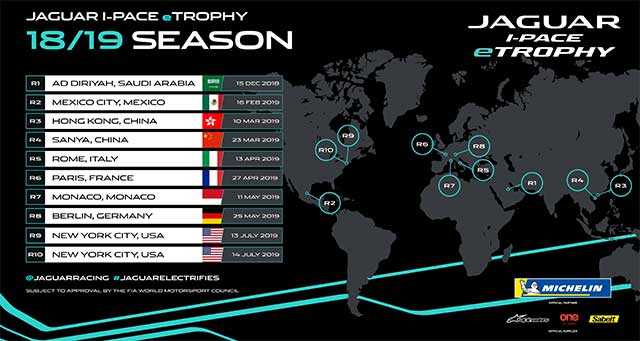 Later this month, teams will travel to the iconic Silverstone circuit to take delivery of their Jaguar I-PACE eTROPHY racecars and take part in the first of the official pre-season tests.

The full race calendar is as follows, subject to approval by the FIA World Motorsport Council and track homologation:

The Jaguar I-PACE eTROPHY race will be 25 minutes plus one lap. This will follow practice and qualifying sessions in the build up to each race. Jaguar plan for each race to feature a VIP entrant, with famous faces from the world of motorsport and beyond set to take part. Jaguar recently announced that the prize fund for the series is in excess of £500,000 per season.

Massimiliano Marsiaj, Sabelt Deputy Chairman & Business Development said: “We are really proud to work with Jaguar. I think we have laid the foundation for a new and lasting collaboration. Thanks to the work of our two technical departments, we have already developed together a new racing seat. Electric cars are the future and we always want to progress with the times.”