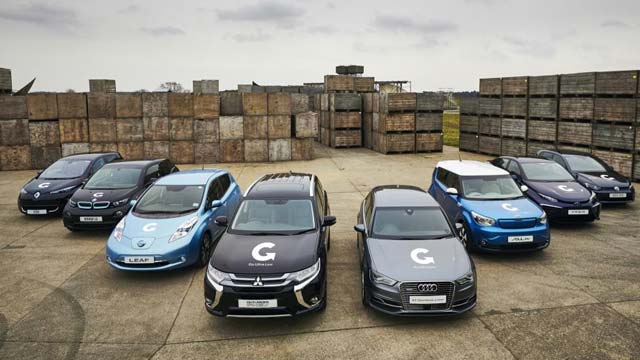 A group of 11 UK organisations are the first to be awarded ‘Go Ultra Low Company’ status – including Microsoft UK, University of Birmingham and London Fire Brigade.

These organisations are leading the electric motoring revolution by using electric cars and vans, plus pledging to buy even more.

The new Go Ultra Low Company initiative, launched by campaign group Go Ultra Low, has been endorsed by government and the car industry, and sets the new ‘green standard’ for business motoring.

Public and private sector organisations that already use EVs, or offer them to employees as company cars, will be eligible for Go Ultra Low Company status, providing there’s a commitment for EVs to make up at least 5% of their vehicle fleet by 2020.

This qualifying criteria mirrors Government forecasts that EVs will represent 5% of total UK new car registrations by the end of the decade. The Government has earmarked over £600m until 2020 to support the plug-in vehicle grant, expand the charging infrastructure, and boost the electric car industry.

January to April registrations of plug-in cars reached a record high in the UK, with over 13,065 new EVs sold in the first four months of 2016, an increase of 30%. EV registrations to UK businesses were up 36% during the same period, with more than two thirds of electric vehicles bought today going to corporate and public sector organisations – once again highlighting the important role companies play in adopting low emission technology.

Go Ultra Low exists to help UK organisations and motorists understand the benefits, cost savings and capabilities of the raft of electric vehicles on the market. The collaborative campaign is the first of its kind, bringing together a consortium of vehicle manufacturers, Government and the Society of Motor Manufacturers and Traders (SMMT).