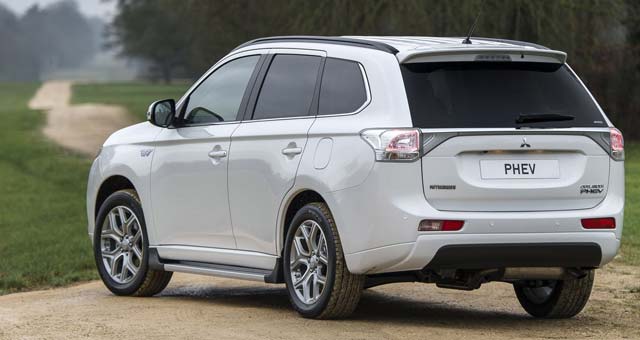 The Mitsubishi Outlander PHEV has wowed a film crew in a road challenge.

Campaign group Go Ultra Low’s usual film crew car was swapped for the nation’s favourite plug-in vehicle as part of the #EVChallenge series to see if it would be up to the job – and it surpassed expectations.

In a special video, director Ian Nuttall tells how important it is that their film cars are rugged and reliable, as they are used in a variety of ways: as a base, as a mobile shooting platform, for loading with boxes and equipment, as well as for travelling, so versatility is essential.

And despite initial reservations because demands on the SUV would be so high, he concludes: ‘The great thing about the Outlander PHEV is it just works – not just as a crew car but also as a family vehicle. We’ve used it constantly since we’ve had it and I’d be very happy to keep it.’

He also highlights the benefit of fast chargers at motorway service stations – perfect for keeping the Outlander PHEV topped up with electricity while the driver has a quick reviving cuppa.

Campaign group Go Ultra Low recently announced that Nottingham, Bristol, Milton Keynes and London would become international pioneers of green vehicle technology, after winning a share of £40m to boost the number of plug-in cars on their roads.

The cities are receiving the government funding to encourage thousands of people to consider switching to vehicles such as the Mitsubishi Outlander PHEV. In turn, this will support the UK’s thriving green vehicle sector, improve air quality in urban hotspots and help the government meet its emission-cutting targets. The government has also set aside £5m of the £40m fund for initiatives in Dundee, Oxford, York and the north-east to help ensure more people than ever before are going ultra low.

Go Ultra Low exists to help motorists understand the benefits, cost savings and capabilities of the variety of new ultra low emission vehicles on the market. The collaborative campaign is the first of its kind, bringing together the government, the Society of Motor Manufacturers and Traders and a consortium of seven leading car manufacturers, including Mitsubishi.

The multi-award-winning Outlander PHEV is the UK’s favourite plug-in vehicle, with Mitsubishi having sold more than 15,000 of them in the UK since the pioneering SUV’s launch here in 2014. It currently accounts for around half of all Plug-in Car Grant applications, and with the new model, fuel economy has been improved – up from 148mpg to 156mpg – while CO2 emissions are down from 44g/km to 42g/km.

The Outlander PHEV can travel up to 32 miles in electric mode alone – more than enough to accommodate most daily average journey distances. It’s exempt from vehicle tax plus the London congestion charge and qualifies for the Government’s Plug-in Car Grant and Plug-in Van Grant. For company car drivers, it attracts just five per cent taxable benefit in kind, giving them a virtual pay rise of thousands of pounds a year.