Next-gen electric Smart Fortwo and Forfour to use Renault tech 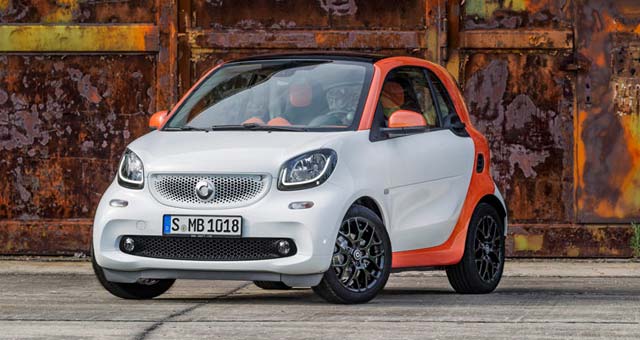 The partnership between the Renault-Nissan Alliance and Daimler AG accelerated and strengthened as it entered its sixth year in 2015, the companies’ leaders said in their annual media update during the Frankfurt Motor Show.

Carlos Ghosn, Chairman and CEO of the Alliance, described the partnership as “one of the most productive in the auto industry.”

“It has accelerated the time-to-market for vehicle launches and has been an obvious strategic advantage for each partner,” Ghosn said. “We look forward to its continued growth, with more joint projects in the future.”

Dieter Zetsche, Chairman of the Board of Management of Daimler and Head of Mercedes-Benz Cars, agreed.

“Since the start of our cooperation in 2010, our joint projects have created value for our customers worldwide,” Zetsche said. “This year we further deepened the collaboration and announced two completely new projects. We cooperate when it is mutually beneficial. And that is the way we will keep it.”

Major milestones so far in 2015 include:

– EV versions of the new smart fortwo and forfour: These all-new city cars have been on the market for nearly a year; they and the Renault Twingo were the first vehicles built on a common platform between Daimler and the Alliance. Customer reaction on all three models has been highly positive. As announced by the two executives, EV versions of the smart fortwo and forfour will go on sale in late 2016. Both vehicles will be fitted with an electric motor produced by Renault’s Cléon plant in France, the same one used in the Renault ZOE. The battery of the new smart electric drive will be produced by the Daimler subsidiary, “Deutsche ACCUmotive,” in Kamenz, Germany.

– Groundbreaking of a jointly owned assembly plant in Aguascalientes, Mexico: Nissan and Daimler recently broke ground on the U.S. $1 billion Aguascalientes plant, which will produce next-generation premium compact vehicles for Infiniti from 2017, and Mercedes-Benz starting in 2018. Nissan and Daimler will co-develop the vehicles. The plant is expected to produce more than 230,000 cars a year by 2020. They will also be produced at other Daimler and Nissan plants in Europe and China. The joint assembly plant is located next to the Nissan plant in Aguascalientes.

– Development of a 1-ton pickup truck for Mercedes-Benz: Earlier this year, Daimler and Nissan announced development of the first Mercedes-Benz entry into the pickup segment. The new pickup will share some of its architecture with the all-new Nissan NP300, but will be engineered and designed by Daimler to meet the specific needs of its customers in Europe, Australia, South Africa and Latin America. The vehicle will have all of Mercedes Benz’ distinctive characteristics and features. The truck will be built by Nissan in the Renault plant in Cordoba, Argentina, along with the Nissan NP300 and a Renault 1-ton truck, for Latin America. The three trucks will also be built at the Nissan Barcelona plant in Spain. Production of the Mercedes-Benz truck at both plants will start before the end of the decade.

– Launch of the Infiniti Q30: Infiniti Q3 premium active compact shares components of Daimler’s compact-car architecture but was engineered and designed by Infiniti from scratch to meet the specific needs of its customers. The car made its public debut at the Frankfurt show. Production will begin at Nissan’s Sunderland plant in the UK later this year.

When the Daimler-Alliance partnership was launched in April 2010, the scope of the original collaboration was limited to three projects, primarily in Europe. Since then, the combined portfolio shared between the partners has more than quadrupled to 13 projects in Europe, Asia and the Americas.