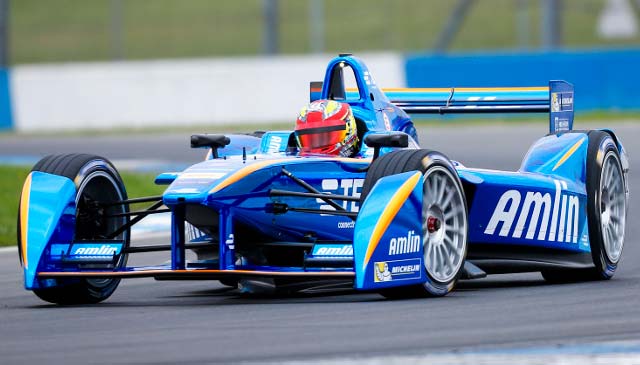 Ali Russell, Director of Media and Strategic Partnerships at Formula E, said: “Little Dot Studios are at the forefront of the digital space and are market leaders in building entertainment brands online. We believe this new partnership and innovative approach to content creation and distribution will give Formula E fans compelling video available across multiple platforms in live and non-live environments.”

Andy Taylor, CEO at Little Dot Studios said: “We’re delighted to be working with an organisation as disruptive and forward-thinking as Formula E. From FanBoost to the use of all-electric power, Formula E epitomises innovation and ambition, as well as providing seriously competitive wheel-to-wheel racing. Formula E’s approach to social media and online video is rare – their willingness to share so much content with fans is a refreshing approach that puts fans first, and it’s clear that other sports rights-holders are taking note. I don’t think any sport has given so much behind the scenes content to fans and had such ambition to innovate on so many digital platforms. It’s going to be a great project for Little Dot Studios and a great offering for Formula E fans.”