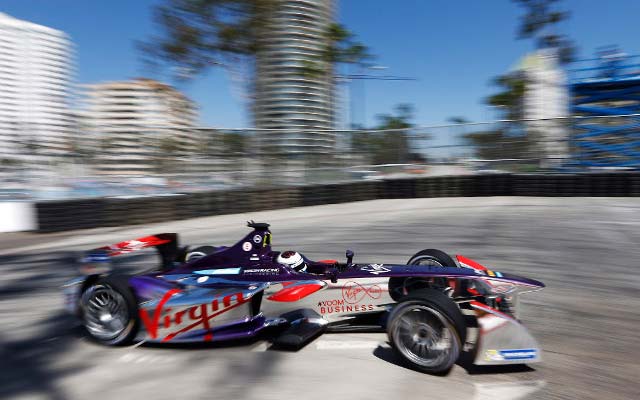 Jean-Eric Vergne will race for the DS Virgin Racing team for the 2015/2016 Formula E season.

The Frenchman, who competed for Andretti last season finishing seventh overall with two podiums, will race alongside Sam Bird at the British squad, which has parted with DS Virgin Racing for the forthcoming season.

“I am delighted to be joining the team at such an exciting time,” said Vergne. “With the DS brand coming on board, I am looking forward to being aligned with a French, forward-thinking marque.

“I understand there are a number of exciting things going on behind-the-scenes that should ensure we have a competitive start to the season.”

Sam Bird, who finished fifth in the championship last season with two wins, remains at the squad which will run using its own powertrain package for season two.

Team Principal Alex Tai added: “Both Sam and Jean-Eric are exceptional talents and I believe we now have one of the strongest driver pairings on the grid.

“I’m looking forward to being able to compete for regular honours from race to race.”

Early this week, it was announced that Bird’s former team-mate Jaime Alguersuari would be ruled out of returning to the cockpit in time on health grounds.

Official Formula E pre-season testing gets underway on Monday with the first of six test days in August at Donington Park. Several thousand fans have already pre-registered for free admission.