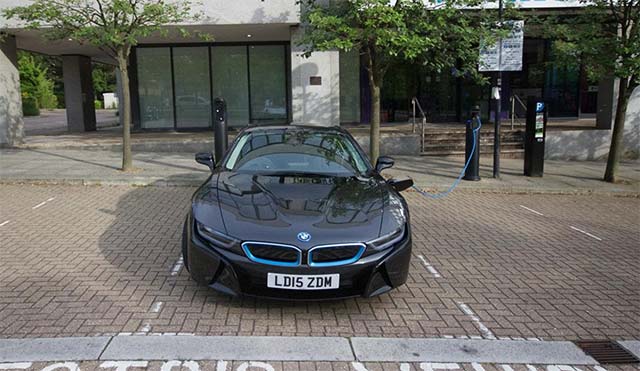 Chargemaster, the largest operator of electric vehicle charging points in the UK, has confirmed a new subscription scheme called POLAR Plus, which will also offer members the chance to borrow the latest luxury electric cars.

The expanding POLAR London and POLAR national network of over 4,000 charging points will be available to any electric motorist for a monthly subscription of just £7.85 – similar to popular streaming services Netflix or Amazon Instant – and the first six months’ subscription is free.

Over 80% of the POLAR Plus charging points are free to use, with remaining points charged at the equivalent of 9p per unit of electricity* – typically less than the cost of charging at home. A pay-as-you-go instant access rate will also be available for non-members. These new tariffs make a significant difference for EV drivers especially on rapid chargers where members can charge an electric car to 80% capacity in around 20 minutes in all POLAR rapid locations at a cost of about £2 when previously it would cost around £6. A key feature of the membership scheme is the opportunity to borrow, for one week, a selection of the latest electric cars, with members accruing usage points.

The POLAR Experience fleet includes the BMW i8 and Tesla Model S, as well as Nissan Leaf, Renault Zoe and the fun Renault Twizy. Users receive 10 POLAR points each time they charge in a particular town or city across the country each month. 10 points enable you to use a Renault Twizy and 100 points results in driving a BMW i8. As new models are launched, including the Tesla Model X SUV and vehicles from Audi and Mercedes, they will be available for members to sample shortly after their introduction in the UK.

Membership scheme follows recent expansion announcement The announcement follows a multi-million pound investment commitment from the firm to install an additional 2000 plus new charging points across the country alongside its existing 4000 POLAR points, including 1000 new charging points in London. Charging points will be located at convenient destinations for EV drivers such as hotels, supermarkets, restaurants and sports facilities. In addition, Chargemaster has offered to replace any faulty public charging points from other manufacturers at no cost to local authority hosts. This aims to resolve significant issues across the UK where old third-party charging points installed under the government-funded Plugged in Places scheme have been unserviceable for some time.

Chargemaster has also recently completed an agreement to take over the Plugged in Midlands (PiM) network of 870 charging points. All publicly available PiM points will be added to the POLAR Plus network over the next few weeks. The firm has also committed to adding over 100 new charging points in the Midlands. POLAR Plus membership will be available from August 17th and EV drivers can join on line at www.polarnetwork.com

Aug 12, 2015Blagojce Krivevski
Toyota Mirai Arrives in the UKWireless Charging for Electric Cars to be Tested in UK Roads