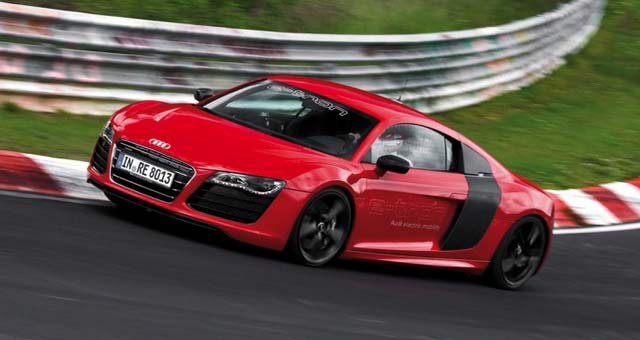 Volkswagen’s premium Audi division plans to bring two all-electric vehicles to market by 2018 as it tries to catch up with rivals such as Tesla Motors and BMW.

While it remains to be confirmed, it seems apparent that the electric sports car will come in the form of a production-ready Audi R8 e-tron.

As for the sports activity vehicle, it will feature an all-wheel drive system and be able to cover over 500 km (310 miles) on a single charge.

Audi, which contributes 40 percent of operating profit at VW Group will push up investment in car-making operations by 2 billion euros ($2.44 billion) to a record 24 billion euros over the next five years.

Seventy percent of spending will be assigned to developing new models and technologies such as emission-cutting plug-in hybrid vehicles, Audi said.