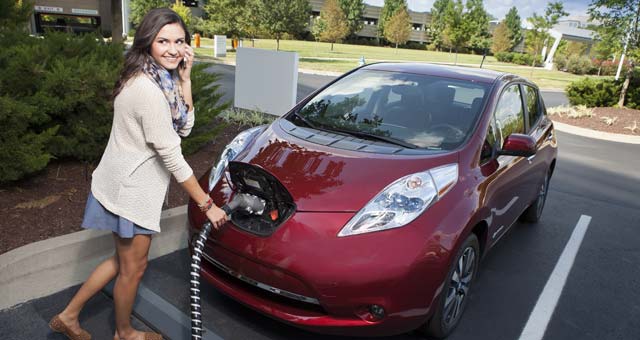 With more than two months remaining, Nissan LEAF has shattered the record for the most U.S. electric vehicle sales in a single calendar year, surpassing the previous record of 22,610 that it set in 2013.

LEAF sales in 2014 through September are up more than 36 percent compared to the same period last year. With more than 142,000 LEAF sales globally since launch and more than 64,000 of those in the U.S., Nissan is the global leader in electric vehicles. Nissan will announce October U.S. sales on Monday, Nov. 3.

“With nearly 20 electric cars or plug-in electric models on the road today, Nissan LEAF remains at the head of the class, outselling the nearest competitor by 50 percent through September,” said Brendan Jones, director, Nissan electric vehicle Sales and Infrastructure. “Since the initial launch in 2010 our primary goal is to bring electric vehicles to the mass market in a practical and fun-to-drive package, and we continue to deliver electric cars to more new buyers than anyone else.”

“Nissan LEAF owners are eager to share their enthusiasm with neighbors, friends and family, and that passion makes them some of our best salespeople,” said Jones. “We’ve seen a ‘cul-de-sac’ effect where the first LEAF owner in the neighborhood becomes the community champion for electric cars, educating neighbors on the benefits of going electric, even sometimes handing the keys over for a test drive.”

With seating for up to five passengers, the all-electric Nissan LEAF boasts an EPA-estimated driving range of 84 miles on a fully-charged battery and MPGe ratings of 126 city, 101 highway and 114 combined.

The starting price of a Nissan LEAF is about $22,000 after the available maximum $7,500 federal tax credit, and LEAF offers the benefits of lower running costs and less scheduled maintenance. LEAF offers a wide range of standard equipment plus a variety of available premium features such as leather seats, 17-inch alloy wheels and 7-speaker BOSE energy efficient audio system.