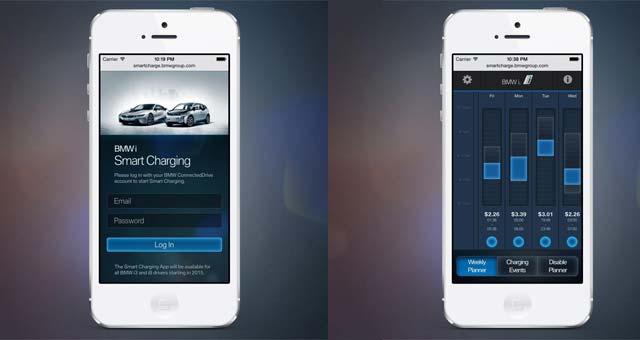 BMW has announced that it will begin testing an electric vehicle integration platform developed by the Electric Power Research Institute (EPRI).

The platform is designed to help utilities manage when plug-in electric vehicles are charged, a process known as demand charging. This would make it possible for utilities to schedule electric vehicle charging for those times during the day when demand for electricity is relatively low, which could save BMW i drivers money while charging.

EPRI will work with eight automakers and 15 utility providers across the U.S. to develop an interface that, in addition to scheduling of charging would also, synchronize EV charging with renewable energy when available, and take advantage of real-time changes in the price of electricity in order to lower the cost of charging.

This collaboration led by EPRI will enable utilities, automobile manufacturers and other service providers to test the viability of communication standards already set by organizations including the Society of Automotive Engineers, the International Electrotechnical Commission (IEC), the International Organization for Standardization (ISO) and the Open Automated Demand Response Alliance for use by electric vehicles.

Also working with BMW is IPKeys Technologies, a strategic partner in the Federal Government, Commercial and Energy sectors with expertise in the development, integration, and deployment of Demand-Response technology and a board member of the OpenADR Alliance.