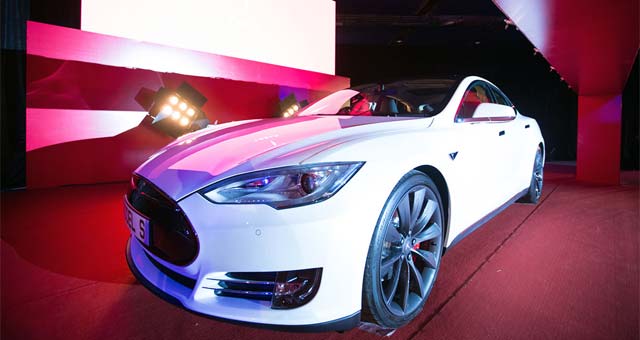 Dennis Lo, a Tesla Roadster owner and one of the eight people to take delivery of a new Model S at the event, also spoke to the crowd, which included Hong Kong movie star and new Model S owner Alex Fong. “Tesla has completely redefined what an electric car can be, and what can be achieved with zero emissions,” Lo said.

At the Hong Kong event, Tesla Motors also introduced the city’s first two superchargers. The Superchargers that have been installed in Hong Kong are the company’s latest and most advanced models. The company also announced that soon it will be launching a series of supercharging locations throughout Honk Kong, where Model S owners could charge their vehicles for free.

For more scenes and action from the event, watch this highlights video.

Jul 30, 2014Blagojce Krivevski
EVs and Energy Companies Are About to Start Communicating Via the CloudGM Teams Up With EV Industry For A Better Grid