Japan to Offer About $20,000 Subsidy for Fuel-Cell Cars 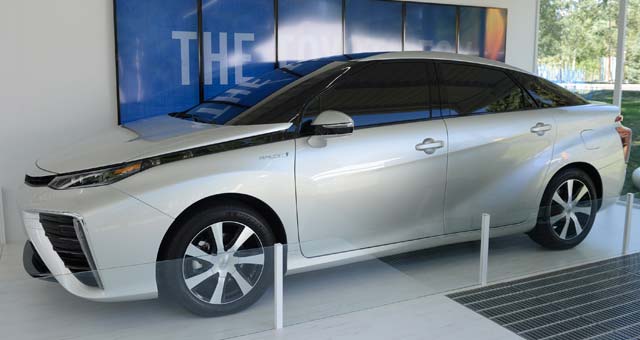 Japanese Prime Minister has announced it will offer at least 2 million yen ( about $19,740) in subsidies for those willing to purchase a fuel-cell car.

Prime Minister Shinzo Abe said the goal is to both get drivers on board and more carmakers thinking about more efficient and environmentally friendly cars.

Currently a Toyota FCV fuel-cell sedan, which should hit the market by March of next year, will cost about 7 million yen (about $69,100). The subsidy would mean that consumers would pay 5 million (about $49,350). Honda is slated to put a fuel-cell car in the market next year as well.

The subsidy, according to Abe, is just the beginning of Japan’s push for such new cars. Hydrogen fuel-cell cars is another alternative option Japan hopes to see on the market.

Abe, who visited a hydrogen station and test-drove fuel-cell cars on Friday, vowed to back the technology through subsidies and the purchase of the cars by government agencies.

“This is the car of a new era because it doesn’t emit any carbon dioxide and it’s environmentally friendly,” Abe stated in media reports. “The government needs to support this.”