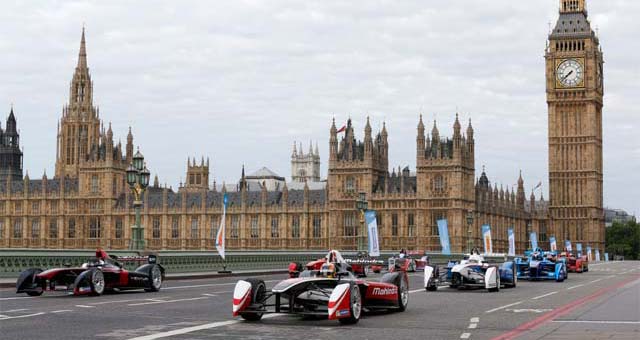 Battersea Park has been revealed as the preferred venue for the Formula E London ePrix which hosts the season finale on June 27 2015.

The Deputy Mayor of London Sir Edward Lister made the announcement together with Alejandro Agag that the chosen location for the race would be within the grounds of BatterseaPark in the Borough of Wandsworth, South London. Further details on the race would be announced closer to the time.

The Mayor of London, Boris Johnson, said: “Fast, fun, and no doubt furious, the FIA Formula E Championship race in London is set to provide an awesome addition to the capital’s sporting calendar. The atmosphere will quite literally be electric and Battersea, which is already booming with the buzz of regeneration, will be alive with the excitement that this new, world-class event will no doubt spark. Hosting the championship final of this all electric race is a fantastic feather in our city’s sporting cap. It shows that there is great confidence in London’s ability to stage the biggest and the best global sporting events, which play such an important role in boosting our economy and our international reputation.”

The London ePrix forms one of 10 city-centre races the FIA Formula E Championship will race in during its first season along with cities such as Beijing, Berlin and Miami. To view the full list of circuits click on the Calendar section on the menu tab.[wzslider height=”400″ lightbox=”true”]