Mitsubishi Dealers in the UK Launch the Outlander PHEV 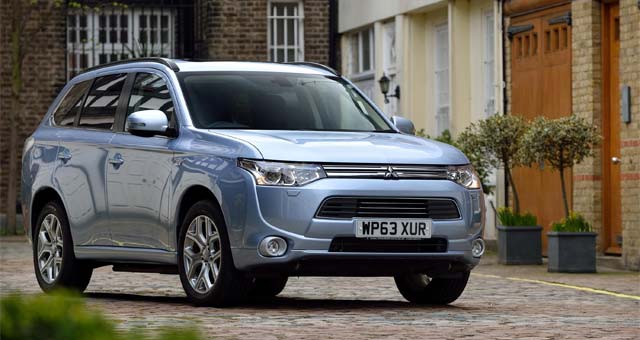 The Mitsubishi dealer network in the UK will run a special event to launch the all-new Outlander PHEV SUV.

Taking place over the weekend of 7th and 8th June 2014, staff at your local Mitsubishi dealership will be welcoming people to see the family 4×4 SUV, learn more about it and arrange test drives.

The dealer event follows the media campaign for the Outlander PHEV that has generated unprecedented coverage and significant interest in the vehicle.

Outlander PHEV ‘Discovery Workshops’ will also be taking place over the weekend, which will see various aspects of the PHEV explained to small groups of customers, such as charging the vehicle, the Plug-in Car Grant, company car taxation and fuel economy. Smartphone app demos will also be given.

The Outlander PHEV meets the high levels of criteria needed to qualify for the Government’s Plug-in Car Grant for ultra-low emission vehicles, and prices range from £28,249 to £34,999 (post-grant).

It is also exempt from Vehicle Excise Duty and is congestion charge-free too. In addition, the Benefit in Kind (BIK) for company car drivers is just 5%, which is a virtual pay rise of thousands of pounds per year.

The Mitsubishi Outlander PHEV boasts lots of other clever touches too. As well as the smartest hybrid technology on the market, an app is available which, among other things, enables owners to heat the car in the morning and charge it while they sleep.

The comfort and safety of the car’s occupants is assured, with a five-star Euro-NCAP rating ensuring peace of mind for drivers and passengers alike.

‘We’re all delighted to see the Outlander PHEV arrive in the showrooms. The Outlander PHEV is the first SUV plug-in hybrid in the UK market that boasts 4WD capability with an EV range of 32.5 miles and emissions as low as 44 g/km. It’s truly a game-changer.