My Electric Avenue Moving To The Next Stage Of EV Project 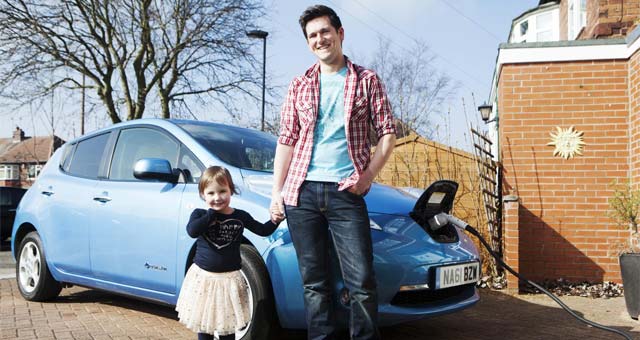 My Electric Avenue, the electric vehicle project led by EA Technology and hosted by Scottish and Southern Energy Power Distribution (SSEPD), has now signed up more than enough customers to allow it to move to the next stage of customer-based trials.

With over 100 customers now signed up to the Technical trials, this milestone allows further roll out of electric vehicles to be used in the project. Once all the cars are delivered, we’ll be able to see what the electric vehicle street of the future could look like, and discover essential learning about managing the local electricity network for this ‘real life’ scenario.

Crucially, the recruitment for the trials has succeeded because of ‘cluster champions’ in local communities taking up the challenge of recruiting at least nine other neighbours through leaflet dropping, door knocking, and even holding community coffee mornings to drum up support.

My Electric Avenue is focusing on the potential problems that can arise when a large number of EVs charge in the same street at the same time, and is the first trial that directly controls domestic EV charging to prevent underground cables and substations being overloaded. The project aims to prove a solution that would avoid the costly, time-consuming and potentially disruptive alternative of digging up roads to install higher capacity electric cables.

The successful communication around My Electric Avenue has resulted in a large number of applications to take part in this project. Key to this successful customer engagement has been the right mix of project partners and a fantastic ‘hook’ (the Nissan LEAF) for those taking part in the trials.

Under the Technical trials program, each individual in a cluster (or one street in many cases) will lease an all-electric Nissan LEAF at a subsidized rate for 18 months, with the aim of trialling ‘Esprit’, a new technology developed by EA Technology to monitor and control the electricity used when the car is being charged.

EA Technology has developed and is delivering the £9m project, as well as providing the technology used as part of the trial. The project has also included a number of other small and medium enterprises, including Fleetdrive Electric and Zero Carbon Futures. This is the first time a private company, EA Technology, rather than an electricity company has led and managed an Ofgem Low Carbon Networks Fund project, showing that small and medium enterprises can deliver on such projects.