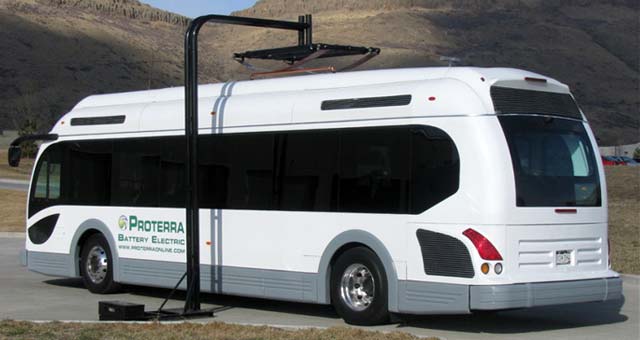 The all-electric buses are slated to be built at Proterra’s manufacturing facility in Greenville, S.C. and delivered to Nashville this year.

The funds for the zero-emission electric buses and the electric charging station are the result of Nashville MTA’s successful application for a federal Clean Fuels grant and local matching funds from the city.

With this purchase, Nashville becomes the latest city to reduce operating costs, decrease emissions and improve the area’s quality of life through the purchase of zero emissions transit buses. Proterra was selected through a competitive procurement process, which included bids from Wave, New Flyer, EV America and BYD.

In a related news,  Proterra Inc. announced that former U.S. Secretary of Transportation Ray LaHood has joined the company’s board of directors.

LaHood is a former U.S. congressman from Illinois who led the U.S. Department of Transportation under President Obama from 2009 through 2013.

In 2011, LaHood visited Proterra’s Greenville facility to highlight the impact government grants can have on product development, manufacturing and job creation. The Federal Transit Administration provided a $6.5 million research and development grant to Proterra in 2004, before the company established its assembly line in Greenville. Additionally, some of Proterra’s customers have paid for the electric buses with government aid.

“EV is the future of transit, and I am pleased to lend my knowledge and support to building this future with Proterra — the clear industry leader and the only American EV bus manufacturer,” LaHood said in a statement issued by Proterra.