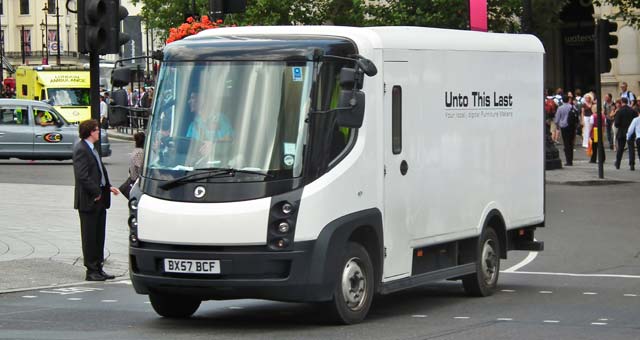 Green Automotive Company announced that its UK subsidiary Liberty Electric Cars has launched its program for the support of all types of electric vehicles known as Liberty E-Care in France.

Liberty pioneered the aftermarket care of electric vehicles with the introduction of its “E-Care” program in the UK in 2011. Initially looking after Modec electric trucks, it was quickly expanded to cover many other EVs including the G-Wiz, Ford Transit E-Connect, Citroen EV1, I-Moving range, and others.

Based around a combination of mobile technicians and back to base intervention, the E-Care team can repair almost any make of electric vehicle. Their work includes the refurbishment of EV batteries, which can extend the working life of the car, van or truck without incurring the cost of battery replacement.

The E-Care program has now been launched in France, headed by Simon Hedley and based just North of Paris. The launch customer is Deret Transporteur, a leading French transport and logistics company who pioneered the use of electric vans for inner city deliveries and signed a two-year support agreement with E-Care to provide back-up for their fleet of 52 Modec Electric Delivery vehicles.

Other Modec users have also signed up, and Simon now expects to roll the program out to cover other makes and models of electric vehicles: “Since introducing E-Care, we’ve had a number of enquiries from other European countries to provide support, including Belgium, Spain, Switzerland, Germany, Denmark and Netherlands, and it seems our ability to refurbish key EV components like batteries is part of a winning formula across Europe” said Simon.