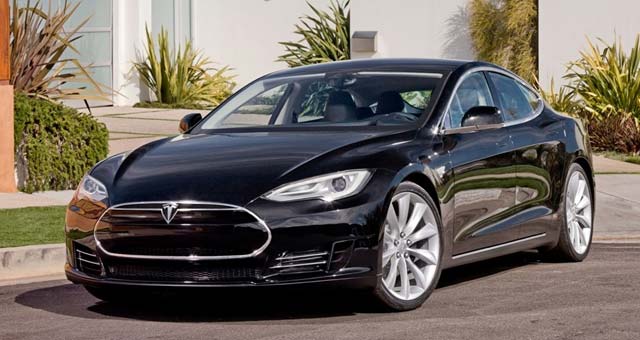 Tesla Motors delivered 6,900 Model S electric sedans in the last three months of the year, 20% higher than the estimate it gave when it reported its Q3 earnings in November.

A higher than expected number of cars was manufactured as a result of an excellent effort by the Tesla production team and key suppliers, particularly Panasonic.

Tesla shares were up 9.9 percent at $153.20 on the Nasdaq in early afternoon on Tuesday. The increase came despite negative publicity over three fires in Tesla vehicles in North America and a formal federal investigation into the fires.

Tesla delivered about 22,400 Model S electric sedans for all of 2013. There are now more than 25,000 units of Model S on the road today, including those sold in Europe.

Beating last year’s delivery forecast for Model S meant Tesla fulfilled Musk’s initial target of delivering 25,000 units in 2012 and 2013, even after deliveries fell short of a 5,000-car goal in 2012.

Tesla will begin selling its Model S in China in early this year, opening a new avenue of sales.

The next vehicle on Tesla’s assembly line will be its Model X electric  SUV, which is set to begin production by the and of the year.

Tesla said it remains the only manufacturer with a perfect safety record of zero deaths or serious, permanent injuries ever. Including the Roadster, Tesla vehicles have now been on the road for almost six years in 31 countries with almost 200 million miles driven to date. Despite dozens of high speed collisions, the driver and passengers have always been protected.