Smart Fortwo Electric Drive Arrives On The Streets Of China 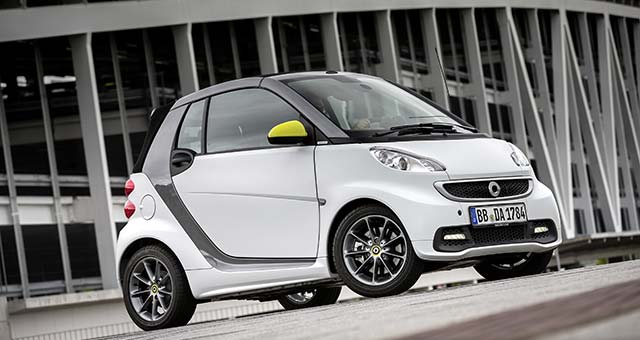 The new smart fortwo electric drive is now available to buy from dealerships in China.

The smart brand celebrated this market launch at the Guangzhou Motor Show, where the all-electric city runabout was presented to the Chinese public.

The new generation smart fortwo electric drive has been available in Europe, the USA, Canada and Japan since production began in 2012.

In Germany the electric smart quickly became the number one battery-powered electric vehicle, securing a market share of around 40 percent. Roughly 93 percent of customers would recommend the smart electric drive.

With torque of 130 Newton meters it accelerates powerfully and immediately from 0 to 60 km/h (0 to 37 mph) in 5 seconds. And with a top speed of 125 km/h (about 78 mph), the two-seater is also well equipped for urban motorways – a lithium-ion battery with 17.6 kWh provides enough energy to cover a range of 145 kilometers (90 miles).

Nov 22, 2013Blagojce Krivevski
BMW and Good Energy to Offer Green Electricity for i3 and i8 EVsFisker Files for Chapter 11 Bankruptcy