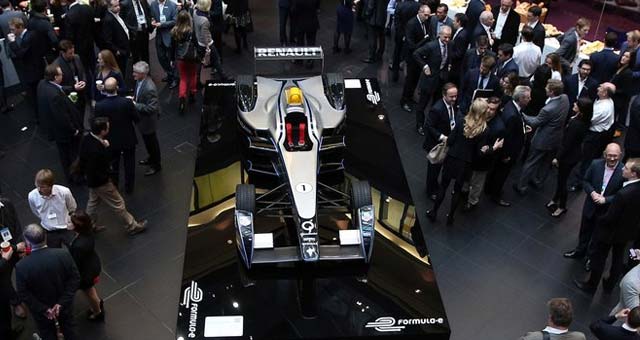 The FIA Formula E Championship will help contribute to the additional sale of 77 million electric cars worldwide over the next 25 years, according to a report released by professional services firm EY.

The paper studied the impact of Formula E and its contribution to removing the current barriers affecting the electric car market – such as pricing and technology – and quantifying that in terms of the number of attributed electric car sales. As a result of this increase in electric car sales, together with the presence of Formula E in each of its host cities, the report identified how this will lead to tangible local and global economic, social and environmental benefits.

It also quantified how the additional sale of 77m electric cars would lead to €142 million extra worldwide sales for the car industry and the creation of 42,000 permanent jobs (based on a career duration of 40 years).

From an environmental impact, this would lead to the saving of four billion oil barrels – the equivalent of Japan’s current consumption over 2.5 years, together with the prevention of 900 million tonnes of CO2 – comparable to  Italy’s current annual emissions over two years. Meanwhile, the resulting social impacts forecast savings of €25 billion on healthcare costs and productivity from the reduction of pollution in cities and a significant improvement in quality of life.

The findings were presented in partnership with Bloomberg to almost 200 invited guests and media at the company’s London offices, where key speakers were transported to the venue in fully electric Renault cars. Guests were also treated to a first-hand look at the new Spark-Renault SRT_01E Formula E race car, the first time it has been on display in the UK.

Juan Costa Climent, EY Global Climate Change & Sustainability Services Leader, commented: “EY has undertaken rigorous analysis into the state of the global electric vehicle market, the challenges it faces, and the opportunities the technology can bring in terms of cost savings and environmental benefits. Our research has shown the huge potential that Formula E has to accelerate not only the technology, but also to breakdown many of the misconceptions around electric vehicles. With an estimated 77 million more electric vehicles on the road by 2040, as a result of Formula E together with all its stakeholders, today’s unveiling of the latest racing car technology is the first step in an exciting journey for the industry.”

Alejandro Agag, CEO of Championship promoters Formula E Holdings, said: “From the very beginning, the concept of the FIA Formula E Championship has been to promote the electric car industry and to change people’s perceptions of these vehicles. People don’t view electric cars as ‘cool’ or ‘exciting’ and they don’t believe they can work for their needs. This is one of the main barriers preventing the growth of the industry. But through entertainment, sporting competition and investment in R&D, Formula E can help change this. Motorsport can help show people that electric cars don’t have to be slow or boring or uncool. What’s more, we can help accelerate the advancements in EV technology and aspects such as battery life, infrastructure and pricing. Obviously we can’t do this alone. We want Formula E to act as a catalyst between companies, leaders, experts, cities and policy-makers and together to drive the change towards the greater use of sustainable mobility.”