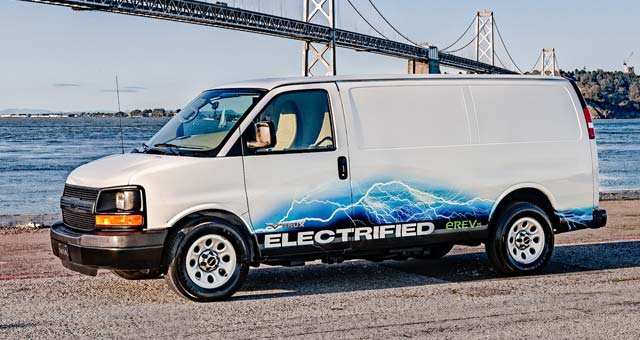 VIA Motors announced that the world’s first extended range electric cargo van by VIA Motors, has successfully passed all crash testing required prior to mass production.

“We were very pleased with the results of the crash testing of our electric cargo van. The engineering work done to integrate the VIA’s electric technology has been exceptional and the vehicles have exceeded our expectations in all tests that were performed. We are now moving on to complete certification and begin mass production,” said Alan Perriton, president of VIA Motors.

VIA works closely with automakers to provide an electric power train upgrade to full size vehicles like the pick-up truck, cargo van and the SUV to achieve up to 100 mpg on average.

VIA starts with a production vehicle that has already passed all crash and safety tests, but then integrates its electric power train components including a lithium ion battery pack and electric motors. VIA then re-certifies and crash tests each vehicle model with the new components and sells the electrified models under the VIA brand name.