Should all public service vehicles be electric powered? 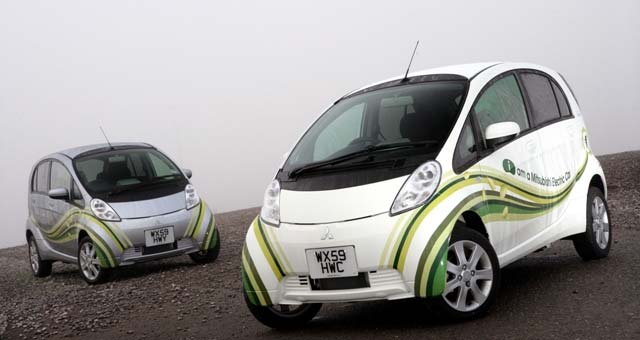 As governments around the world continue to pour taxpayer’s money into the electric vehicle industry, offering discounts to buyers and financial assistance to manufacturers, there is an argument for making all public service transport networks electric. This would include an array of buses, trains, cars, etc around the world which would quite literally kickstart the electric vehicle market, yet again.

While there are obvious issues to take into account, such as cost and freedom of choice we should also appreciate that the move towards electric is on the whole more environmentally friendly and more sustainable going forward. Developments in electric car technology have been vast over the last few years and indeed when we put together developments in the battery industry, we have the makings of something special in the medium to longer term.

While there has been much comment about taxpayer funding for the US electric car industry and in particular financial issue surrounding Fisker, it is worth noting that on the whole current electric vehicle state funding is but a fraction of that afforded to the traditional gasoline market, both directly and indirectly. If governments really are serious about funding developments in electric vehicle industry then they need to take the lead as opposed to keep feeding relatively small amount of money into the industry as some kind of public relations stunt.

Even though the few hundred million dollars which the US government has poured directly into the electric vehicle manufacturing sector is on the whole, when looking at the whole US federal budget, fairly small, it is not small in the minds of voters.

Electric buses are already around us

One of the most bizarre aspects of the electric vehicle market is the fact that we already have an array of electric trains and electric buses which pass us by every day. There are fleets of school buses powered by electric, there are trams in many city centres around the world and indeed electric public service buses are more commonplace now than ever before. So, is now the time to make a full switch to electric power and make the public more aware of the situation?

The fact that many buses, and other forms of public transport, travel very often within the confines of large city centre makes them perfect for traditional electric battery power. These buses can be recharged when arriving back at the depot ready, in a relatively short period of time, to go again. There is already talk of significant developments in the battery technology market with rumours that IBM in particular is on the verge of announcing something special with a lithium air battery which would leapfrog the critical 300 mile per full charge journey capacity.

Building up the trust factor

While there are many aspects to consider when looking at the electric vehicle market especially with regards to public transport, perhaps one issue which is overlooked time and time again is building up the trust factor of consumers. If you regularly use electric powered public transport the chances are that you become more used to this type of travel, more trusting of electric power and ultimately, assuming the price is right, perhaps more susceptible to purchasing your own domestic electric vehicle?

So, we have the environmentally friendly factor, the long-term cost savings, the chance to build up a significant trust factor amongst domestic motorists and the chance for governments around the world to see at least some kind of return on their taxpayer funded initiatives.

The technology is there, the battery power is progressing and consumers are slowly switching onto the benefits of electric vehicles. Many now believe it is the turn of governments and local authorities around the world to go that one step forward, to make the vast majority of public sector transport vehicles electric powered and to give consumers the chance to experience this new phenomenon.

A significant side-effect of this would be both a direct and indirect return on investment in taxpayer funded projects, indirect and direct income for governments and local authorities as well as the creation of new industries going forward. In many ways, it is difficult to know exactly what is holding back the electric vehicle industry?