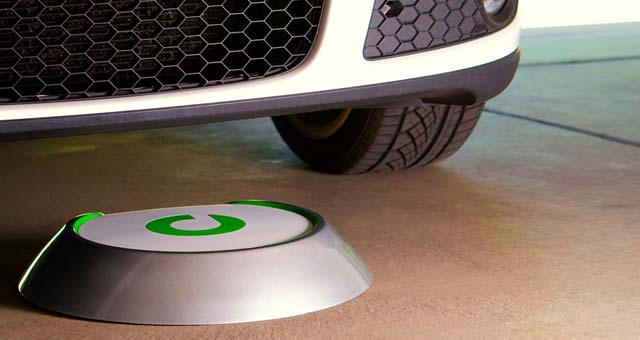 Evatran logged over 1500 hours of charging time on its Plugless L2 wireless charging systems installed across the country through its Apollo Trial Program.

Evatran has completed over over 15 installations, with the final installations slated for mid-August. The Program, the first of its kind in the world, follows real EV drivers as they use the Plugless system on their own Chevrolet Volts and Nissan LEAFs.  Industry-leader Evatran enlisted high-profile commercial partners, with the aim of driving nationwide electric vehicle adoption through public awareness of the benefits of wireless charging.

Participants represent various industries, from car rental agencies to corporate campuses to utility providers, with installations in locations across the United States.  The first participants included Google, Hertz Rent-a-Car, Duke Energy and Clemson University, with installations in the Spring of 2012.  The second phase of the Program, which kicked off in May 2013, included additional installations at each of the original partners’ locations, as well as new installations at SAP, SPX Service Solutions (now installation partner Bosch), the Los Angeles Department of Water and Power, DTE Energy, the City of Raleigh, Idaho National Laboratory and Argonne Laboratories. The last of the Apollo Program Plugless units will be installed next month at UC Davis and the City of Sacramento.

Participants in the Program were asked to provide feedback on the system, including logging daily usage routines and providing qualitative feedback on the user interfaces and functionality of the system.  Over 1500 hours of charging time later, the result is a convenient and user-friendly solution to the hassles associated with traditional plug-in cars.

Getting the Plugless System into the hands of daily EV drivers has proven a successful strategy.  In fact, many of the partners have chosen to install additional systems during the second phase of the Program.

Reservations for the Plugless Level 2 EV Charging System opened in June at pluglesspower.com, with the first shipments to individual EV owners expected in August.  The system is currently available for LEAF and Volt models, though Evatran is working to bring the technology to other EV models in the future.