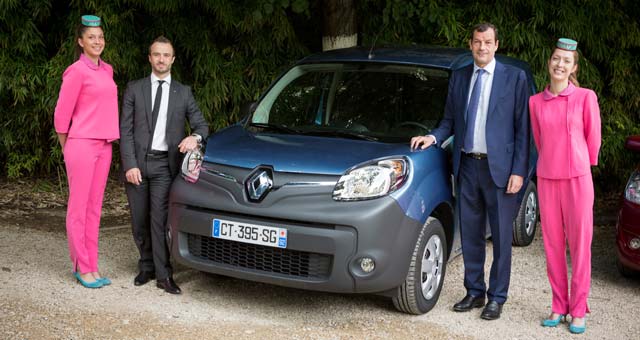 Founded in 2005 by the insurance company MAAF Assurances, the Auto Environment Prize focuses on vehicles and technical innovations that the media panel believes best reflect the endeavours of automakers and suppliers to protect the environment.

New Renault Kangoo Z.E. has gone on sale in France since March with a revised interior, new exterior styling and an improved equipment package. This pure-electric van has been the market leader in Europe since its launch in 2011, with sales in excess of 9,000 units.

New Kangoo Z.E. is assembled at the MCA Maubeuge plant in France. Just as with the rest of the range – the leisure activity version and the van – it has been thoroughly updated, with new styling that is fresher and more purposeful, a new centre console and new equipment such as the R-Link connected multimedia system and the Z.E. Voice audible warning system.