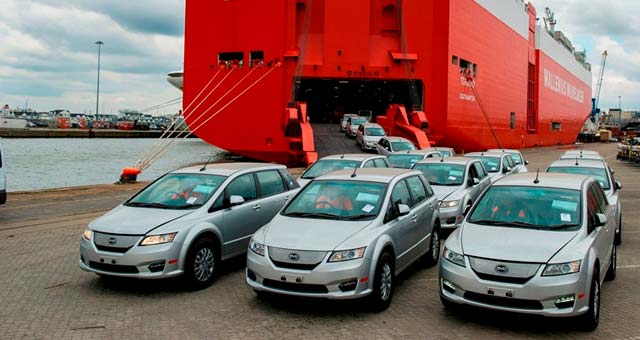 More than 50 of BYD e6 electric cars have arrived in the UK and will be going on trial with a number of fleet operators in the coming months.

The right-hand drive BYD e6 electric cars were offloaded at Southampton docks and are in the process of being registered.

BYD is the fastest-growing Chinese car manufacturer and its e6 electric car has the longest range of any new electric car in the UK at 186 miles (300km).

In the UK, they will be going into service with a number of fleets, including private hire operations that will allow passengers to experience them. The cars have been fully homologated for use on European roads.

In related news, Aruba’s government signed a memorandum of understanding with BYD on a zero-carbon footprint and energy independence initiative based entirely on green power sources.

On the electrification front, the plan is to place into service four BYD electric buses, and one e6 electric taxi as part of a government fleet.

Aruba also plans to double its wind farms, according to the government using BYD’s “iron-phosphate grid-scale storage technologies.” BYD will also be outfitting the island with solar generation projects and convert much of the island’s public lighting to LED.