Why is battery technology so far behind the electric car market? 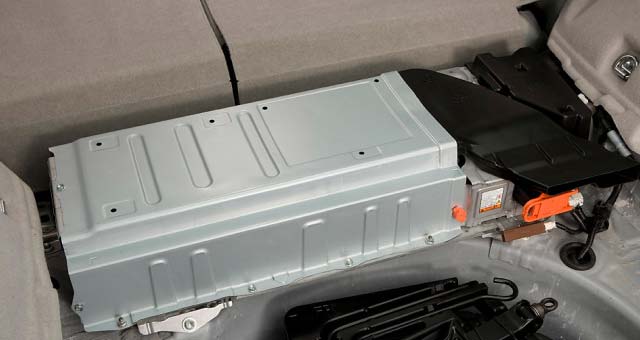 Many electric car enthusiasts will be surprised to learn that electric vehicles have been around in some shape or form for more than 100 years. Indeed many of the public service vehicles which pass you on a regular basis are powered by electric. This therefore prompts the question, while relatively short journey electric services are more commonplace today than ever before, why has battery technology not developed further?

During the 1990s we had the debacle of the General Motors EV1 which was seen as the pinnacle of electric vehicle market and was supposed to open up a whole new era for electric cars. The Californian authorities were behind this push for more environmentally friendly vehicles and the CARB was certainly looking to “oblige” manufacturers to build at least 10% of their fleet in the shape of electric vehicles. So what went wrong?

Battery technology
While many people focus upon the General Motors EV1 and the fact that the vehicles were very quickly taken from the market amid rumours that they were crushed, what was going on behind-the-scenes?

It is not so common knowledge but General Motors also acquired the rights to a new nickel metal battery technology in the 1990s and initially boasted that these batteries gave the EV1 a journey capacity of 160 miles. Whether this potential journey capacity would hold up to scrutiny in today’s market is debatable but even if it was around the 100 mile level, it would still beat the vast majority of electric cars today. So why was this battery technology not developed and why have we moved onto lithium ion batteries?

Developing nickel metal battery technology
Nickel metal batteries were at the time the leading battery technology although there are specific cost and environmental issues which perhaps curtailed their development. The electric car industry on the whole has moved onto lithium ion batteries and at this moment in time the Nissan Leaf is the front-runner in the mass market with a journey capacity of around 140 miles maximum per full charge.

One of the major problems has been the fact that governments and car manufacturers have on the whole for the last 10 years focused almost entirely upon electric car technology as opposed to battery technology. We have seen the creation of regenerative braking systems, ultralight and ultrasafe car bodies not to mention an array of efficiency and fuel savings the likes of which have not been seen for many years. However, suddenly, over the last three years or so electric car manufacturers began to wake up to the issue of battery technology and the fact that this alone is holding back the industry.

Technology going forward
There are rumors that the battery technology available today will be superseded by major developments over the next couple of years. There is growing speculation that IBM is one of many looking at lithium air batteries which could have a potential journey capacity of hundreds of miles – not to mention the breakthrough this week with regards to superconductors able to fully charge a mobile phone within 20 seconds. These are the type of developments which, assuming they can be adapted for the electric vehicle market, will bring the industry on in leaps and bounds.

Even though battery technology will make a major difference going forward we still need a comprehensive recharging network in individual countries and indeed around the world. There is no reason why these networks cannot be available over the next decade, with a recent survey suggesting there will be 10.7 million charging stations around the world by the year 2020, and this together with improved battery technology will be invaluable.

A survey in 2012 revealed that the vast majority of US drivers would not even contemplate moving towards electric vehicles until journey capacity per full battery charge was in excess of 300 miles. When you consider that the Nissan Leaf currently has a maximum journey capacity of 140 miles (although 120 miles is a more reasonably rating) we are not exactly “a million miles away”.

Rumours persist of a major breakthrough in battery technology over the next couple of years which could involve IBM and a lithium air battery or perhaps there is something else out there on the verge of the mass market?