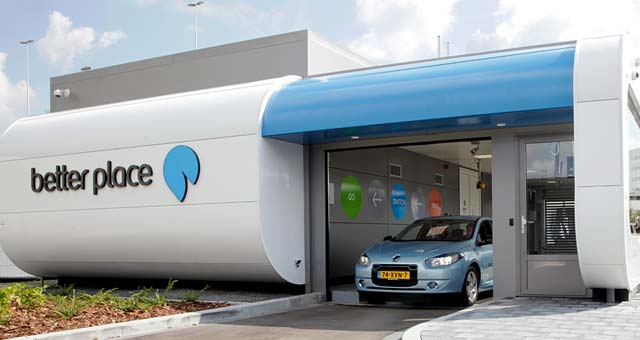 Electric car venture Better Place announced on Sunday it had filed a motion in an Israeli court to dissolve the company and was seeking to appoint a temporary liquidator.

In its motion the company stated that in light of its failure to raise additional funds and in the absence of sufficient resources for the continued operation of the business, the company is asking for the court’s assistance in protecting the rights of its employees, customers and creditors.

Over the past six months, Better Place’s management has made fundamental changes in the company, focused its strategy, goals and markets and at the same time has continued to seek additional financing for the business and secure additional models to supplement its current offer.

Despite significant efforts over that time frame, revenues are still insufficient to cover operating costs, and in the light of the continued negative cash flow position, the Board has decided that it has no option but to seek to make this application to the Courts for an orderly liquidation of the company.

The company’s Board of Directors said: ““This is a very sad day for all of us. We stand by the original vision as formulated by Shai Agassi of creating a green alternative that would lessen our dependence on highly polluting transportation technologies. While he was able with partners and investors to overcome multiple challenges to demonstrate that it was possible to deliver a technological solution that would fulfil that vision. Unfortunately, the path to realizing that vision was difficult, complex and littered with obstacles, not all of which we were able to overcome. The technical challenges we overcame successfully, but the other obstacles we were not able to overcome, despite the massive effort and resources that were deployed to that end.”

The most important thing of all was that the intention was the right one. The purpose and concept of the business was to deliver a positive change in the world in which we live. We know that there is no certainty in any venture. It requires daring, courage, determination and resources in order to turn a venture into a sustainable industry.

The vision is still valid and important and we remain hopeful that eventually the vision will be realized for the benefit of a better world. However, Better Place will not be able to take part in the realization of this vision.”

Better Place Chief Executive Officer, Dan Cohen, said: “This is a difficult day for all of us. We have come a long way in order to bring about a global vision. From the start, Better Place was a breakthrough for the infrastructure of the electric car industry and successfully completed the development of its technology and infrastructure. Israel was the first place in which an electrical car could travel without limit.

Unfortunately, after a year’s commercial operation, it was clear to us that despite many satisfied customers, the wider public take up would not be sufficient and that the support from the car producers was not forthcoming.

Against that background, the most recent fundraising round was not successful. In recent months, the management of the company did all that it could to keep the business operating. Today, in the light of our obligation to our staff, customers and creditors, we are applying to the court for the appointment of a temporary liquidator.

The management is requesting the voluntary liquidator once appointed to decide as quickly as possible to award compensation to customers and staff and maintain the functioning of the network”.