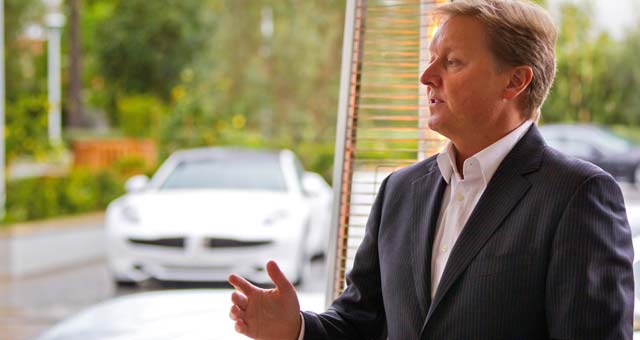 In a statement sent to Autocar, Fisker confirmed his resignation from the company bearing his name, citing disagreements over the company’s strategy.

Fisker CEO Tony Posawatz had no comment on Fisker’s resignation, but admitted that the struggling electric automaker was “in the midst of some serious negotiating,” presumably with potential Chinese investors.

The carmaker has been plagued with problems over the last few years, ranging from build quality issues in early cars, through high-profile fires, and the loss of several hundred vehicles at a port ravaged by super storm Sandy last year.

These problems have been compounded by the slow takeover process of its battery supplier, the now Chinese-owned A123 Systems.

The lack of supply from A123 during its bankruptcy forced the company to hold production–and no Karma plug-in hybrid sedans have been produced since July.

Fisker Automotive has been seeking capital to launch its second vehicle, the Atlantic, after a $529 million federal Advanced Vehicle Technology Loan was put on hold because of slow sales.