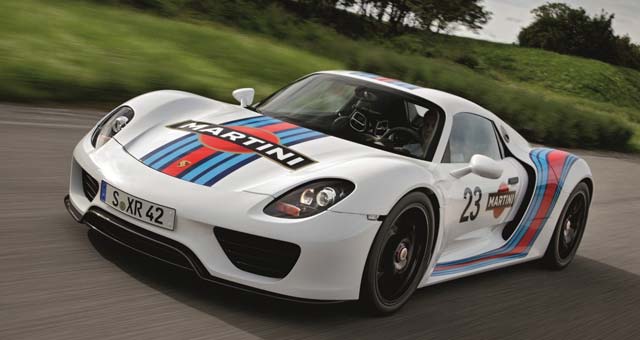 Porsche’s 918 Spyder plug-in hybrid supercar will have a starting price of $845,000, excluding destination and handling fees, when it goes on sale later this year in the US.

Porsche also confirmed that the 918 Spyder with the Weissach package, which will lighten the car by 34kg, removing the entertainment system, air conditioning, door storage and armrests  is $929,000.

Porsche 918 Spyder will be exclusively built in left-hand drive and the production will be limited to 918 units.

Production is set to commence in September this year, with European and US deliveries expected soon after.

Specifications of the Porsche 918 Spyder