The Environmental Benefits of Electric Cars 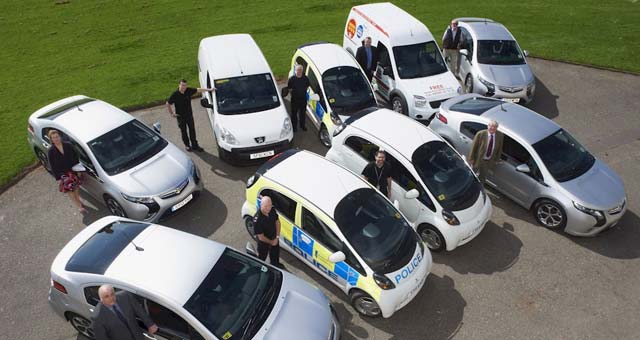 With a study last summer revealing that there are now over one billion cars on the roads worldwide, there has been a lot of concern over just how the earth’s depleting resources will cope with this unprecedented demand for fuel.

Whenever a petrol shortage hits, motorists up and down the country tend to panic-buy, which can lead to price hikes and even fewer places to buy fuel. With so many second hand cars for sale these days, older engines don’t tend to perform as well as their newer counterparts, which can increase the likelihood of pollution.

Issues like this could easily be avoided by using a different mode of transport – but if cycling to work every morning is too tiresome, time-consuming and even dangerous, then the electric car could be for you.

An electric car’s engine is configured differently to those which are petrol or diesel-powered. Rather than burning petrol to power the car engine, electric cars are entirely powered by their battery; a different kind of car battery to the one which runs the air conditioning in a typical car. It’s only recently that engineers have developed a battery that’s capable of powering anything nearly as well as a petrol-powered engine does, but the lithium-ion battery could hold the key to a car that will soon outperform all others.

The main benefit for drivers of electric vehicles is how much they’ll save on fuel costs compared to petrol cars. Spend an equal amount on electricity for one car and petrol for another, and the electric vehicle will go much, much further. The US Department of Energy recently calculated that driving 25 miles in the 2013 Chevrolet Volt will cost $2.57 for gasoline, but only slightly over one dollar on electricity alone, saving more than double in fuel costs. Another huge advantage for electric cars is that, indirectly, they produce far less pollution than normal cars. Although the electric used to power them is produced by burning fossil fuels, even this is less harmful to the environment than a normal car engine.

A big disadvantage of driving an electric car is the amount of time it takes to recharge one. After even a middle-distance trip you face a near-overnight wait to be able to drive it again; meaning that spur-of-the-moment trips (such as emergencies) cannot be made in a car that needs to charge. A possible solution could be to switch batteries but at the moment the technology does not allow for this.

In the long run, any car that can give the more widely-used cars a run for their performance money, and which takes into such careful consideration their impact on the environment will become more popular – especially if the potential to save so much money is there too!