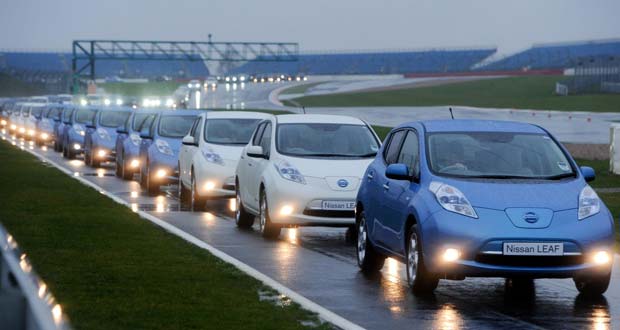 The convoy of 225 cars was driven around the Silverstone Circuit to break the Guinness World Record for the ‘largest parade of electric vehicles’, beating the previous record of 218 held by Chrysler in the US.

Nissan LEAF owners travelled from around the UK, from as far afield as Aberdeen and Belfast, to meet up at the world-famous circuit on Saturday 24th November. The event was organised by Nissan to bring together owners of the world’s best selling electric vehicle to share their ownership experiences and to gather information about how they use their cars.

Joined by famous faces including actor and presenter Robert Llewellyn and ‘Bang goes the Theory’ presenter Dallas Campbell, the cars paraded around the circuit for just over two miles under the watchful eye of the Guinness World Record adjudicators.

The Nissan LEAF entered the record books earlier this year by becoming the fastest car over a mile in reverse, set at the Goodwood Festival of Speed in June by stunt driver Terry Grant. 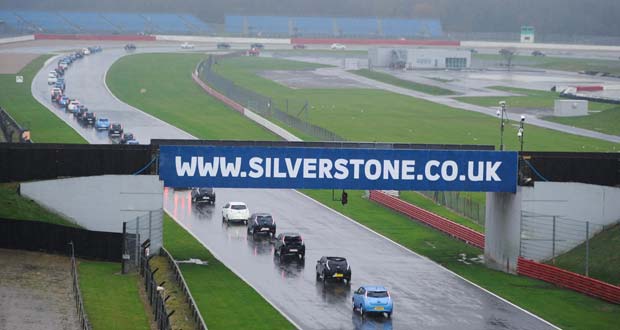