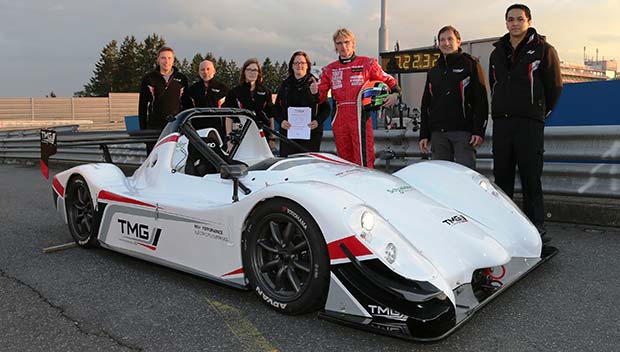 The TMG DC Quick Charger was developed in partnership with Schneider Electric to meet the challenge of recharging an electric race car at tracks without reliable access to grid power. This technology also gives the opportunity to charge with CO2 emission-free electric power from renewable sources.

Mounted in the rear of a TOYOTA Hiace van, the TMG DC Quick Charger uses Schneider Electric’s EVlink™ technology and includes a 42kWh lithium ion battery, which can be charged direct from the AC power grid.

After an overnight charge, the TMG DC Quick Charger is able to quickly deliver high levels of power to a battery-based electric car without additional installation or infrastructure, making it the perfect solution for electric motorsport.