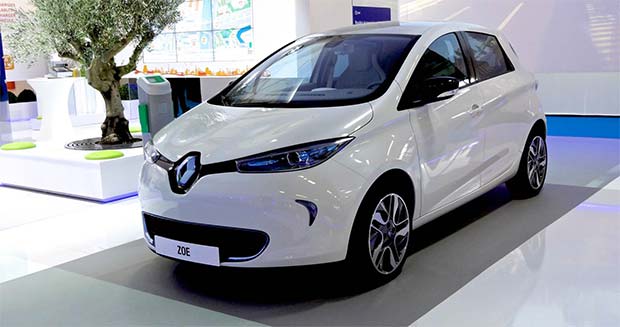 Renault ZOE electric car has been voted ‘Best Green Car’ of the 2012 Paris Motor Show by listeners of French radio station RTL and readers of the magazine AUTO PLUS.

Renault ZOE claimed 51 percent of the votes in the ‘Best Green Car of the 2012 Paris Motor Show’, a sign that the public sees Renault ZOE as a real car which combines attractive lines and innovative technologies with extreme respect for the environment.

Thanks to ZOE, Renault has put zero-emission mobility within reach of ordinary motorists. It is the first car to have been designed from the ground up as an affordable electric car and it boasts a tax-paid price tag (in France) that starts from just €13,700 ($17,750) with French state subsidy of €7,000 ($9,070) deducted, making it ideal for everyday use. ZOE incorporates a raft of advanced technologies, including six world premieres that have been developed to be easy to use, extend range and optimize connectivity. For the first time, all the ingredients are in place for the mass development of electric cars to take off. ZOE’s launch marks the beginning of a new era of electric mobility for all.

1. The world’s first mass market electric vehicle with a tax-paid price tag (in France) starting from €13,700.
2. The world’s first mass market electric vehicle with an NEDC-cycle homologated range of 210km.
3. The first vehicle to be equipped as standard with ‘Range OptimiZEr’, a system designed to optimise real-world range under all driving conditions. In built-up areas, for example, customers can expect a real-world range of between 100km and 150km (62-93 miles) depending on their driving style and the prevailing weather conditions.
4. Thanks to its Caméléon battery charger, ZOE is the first electric vehicle that can be fully charged in between 30 minutes and nine hours depending on the power available at the charging station (between 3kW and 43kW), using a single type of connector for the car.
5. The first electric vehicle to enable the massive roll-out of fast charging stations which are easier to use and up to four times more economical for local authorities.
6. The first Renault vehicle to be equipped as standard with Renault R-Link, an integrated, connected multimedia tablet.