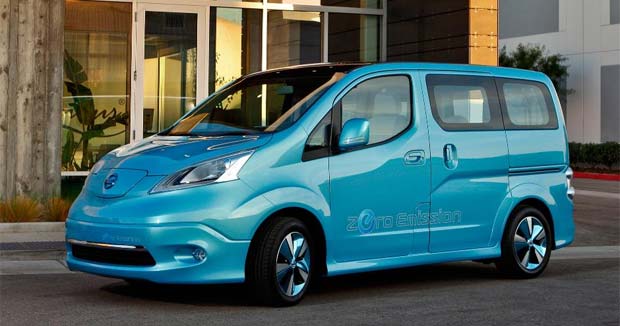 Nissan in cooperation with the Tochigi prefectural government, will carry out real world driving tests of the 100% electric commercial vehicle, e-NV200, in the prefecture’s rural areas.

Nissan’s e-NV200 electric van will mainly be used to collect agricultural products from farmers to be sold at roadside markets, among other activities. This field testing will help verify the vehicle’s convenience, economic efficiency and environmental benefits.

From September 4 to September 17, the e-NV200 will go around to about 20 farmers to pick up produce to be delivered to produce stands at roadside rest stops during the field test period. Usually each farmer individually delivers his or her agricultural products to the produce stands, but during the field test period the e-NV200 test vehicle will be used as the pick-up and delivery vehicle.

The field test will verify the convenience of electric vehicles from the viewpoint of rechargability at homes in agricultural communities, where gasoline stations are gradually decreasing because the population is shrinking and aging. The test will also demonstrate and verify that electric vehicles are much kinder to the environment when used for pick-up and delivery to markets because it is emission-free.

Nissan has road tested the e-NV200 electric van with several other major fleet companies this year, including AEON Retail Co., Ltd. and FedEx Express in Japan, and British Gas and FedexExpress in Europe. However, this will be the first test with a local government authority.

The Nissan e-NV200 shares its major drivetrain components with the innovative Nissan LEAF. Silent, zero emission power is supplied by a lithium-ion battery composed of 48 compact modules and a high-response 80kW AC synchronous motor that generates 280Nm of torque.

Earlier this year, Nissan said that the e-NV200 electric van will go into production at its Barcelona plant in the 2013 Financial Year.