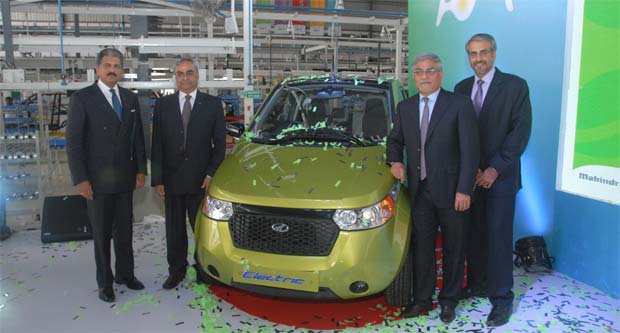 Mahindra Reva electric vehicles, the EV arm of the Mahindra and Mahindra Group, opened its new manufacturing facility near Bangalore.

The new manufacturing facility has an installed capacity to produce 30,000 electric vehicles annually, and is expected to reach full production capacity over the next three years.

The company said the facility, which is scheduled to begin production in September, will initially build around 6,000 vehicles to begin with.

Mahindra Reva was founded in 1994 as the Reva Electric Car Company, a joint venture between the Maini Group of Bangalore and AEV LLC of USA. Reva focused on creating affordable electric cars through advanced technology and launched its first model in India in 2001 and in London in 2004.

In May 2010, Mahindra had acquired a majority stake in Reva Electric Car Company, subsequent to which the company was renamed Mahindra Reva Electric Vehicles.