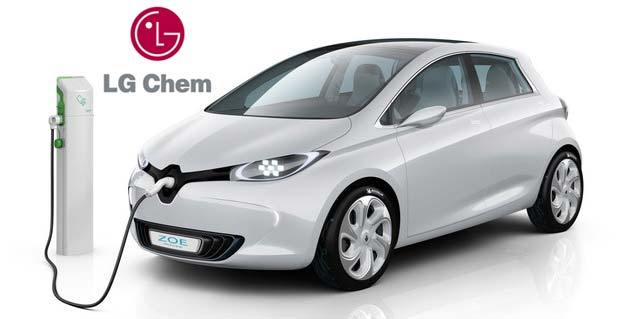 In 2010, Renault and the CEA initiated a strategic partnership in the areas of clean vehicles and mobility. As part of this partnership, they signed several research agreements including a strategic cooperation contract for new battery technologies. Renault says that the results achieved by its R&D Laboratory and the CEA in new-generation batteries for electric vehicles have made it possible to enter the preparation phase for industrial production.

In addition to the research and development of next-generation traction batteries, Renault and its partners are negotiating concerning the LG Chem-led construction of a European battery factory in France. This factory would produce current-generation batteries from the end of 2015 and, from early 2017, the new-generation batteries resulting from the agreement between Renault, CEA and LG Chem.

The joint Renault-CEA laboratory “advanced batteries”, set up as part of the original agreement, was tasked with developing new technology for lithium-ion batteries in the medium term. The studies conducted by the laboratory, which has received an annual budget of around €15 million (US$18.6 million) since 2010, have now reached a sufficient stage of maturity to plan life-sized tests with a manufacturer.

The three-way agreement between Renault, CEA and LG Chem targeted for next September will complement the studies currently under way between Renault and the CEA and will concern only the development of next-generation batteries.

These batteries will deliver higher performance in terms of durability, and fast-charging capacity. LG Chem, which is recognized as a leading global player in electric batteries, will provide its technological expertise in this field, acquired over a period of over 15 years. To date, LG Chem has filed more than 6,000 patents.

The original location must now be reviewed. This is because the site to be selected jointly by Renault and LG Chem must have the potential to expand in the longer term in order to produce electrodes, and must therefore be able to increase capacity.

Moreover, wherever the factory is located, it must be able to easily serve all European markets while minimizing logistics costs. The production capacity and jobs offered by this factory should be higher than in the original project.