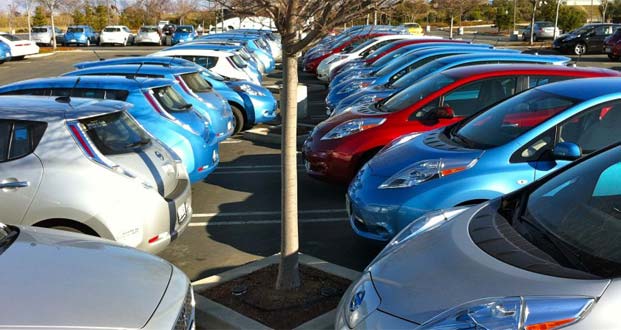 Chevrolet Volt was the best-selling plug-in electric vehicle in the U.S. in May, topping Toyota’s Prius Plug-in and Nissan’s all-electric LEAF.

General Motors Co. said it sold 1,680 Chevrolet Volt plug-in hybrids in May, up 250 percent over May 2011, and outsold its Japanese rival by more than three to one.

Sales of all-electric Nissan LEAF hatchback totaled 510 units, up from 370 units in April, and far below its May 2011 sales, when it sold 1,142 LEAFs. In terms of 2012 year-to-date numbers, the tally for the Nissan LEAF now checks in at 2,613 units.
Additionally in May, Ford delivered the first Focus Electric vehicles to retail customers.

Combined sales of the Volt, Prius PHV and LEAF represented about 0.25% of total US light-duty vehicle sales, or about 0.6% of the combined sales of GM, Toyota and Nissan.