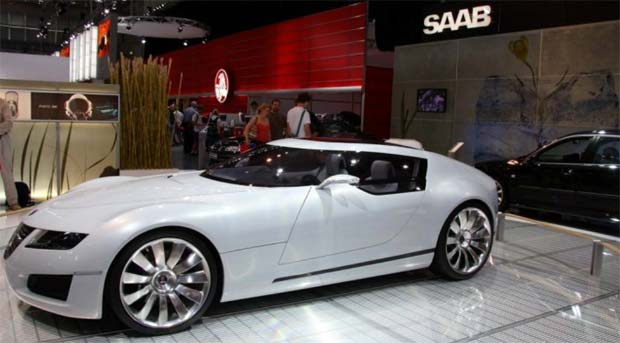 National Electric Vehicle Sweden AB, a company set up by a Chinese-Japanese investment group, agreed to buy Saab Automobile and convert the bankrupt Swedish manufacturer into a maker of electric cars.

The buyer, National Electric Vehicle Sweden AB, is owned to 51 percent by Hong Kong-based National Modern Energy Holdings Ltd. and to 49 percent by Japanese investment group Sun Investment LLC. It was recently formed with the purpose of bidding for Saab.

Anne-Marie Pouteaux and Hans Bergqvist, Saab’s bankruptcy administrators, said in a statement that the carmaker has been sold and the purchaser will be identified at a press conference later today.

Saab hasn’t built cars since last year following an initial production halt in March 2011, and it filed for bankruptcy in December. Trollhaettan-based Saab has been unprofitable for two decades, and General Motors, which acquired full control of the manufacturer in 2000, sold it in February 2010 to Dutch supercar maker Spyker N.V.

The Saab administrators said early in 2012 that a half- dozen parties had shown interest in buying the company. Jinhua, China-based Zhejiang Youngman Lotus Automobile said in February that it was in talks, and it made a 4 billion-krona ($567 million) offer last month, a person familiar with the situation said May 31.