Study: Electric Trucks will Save Money for Businesses 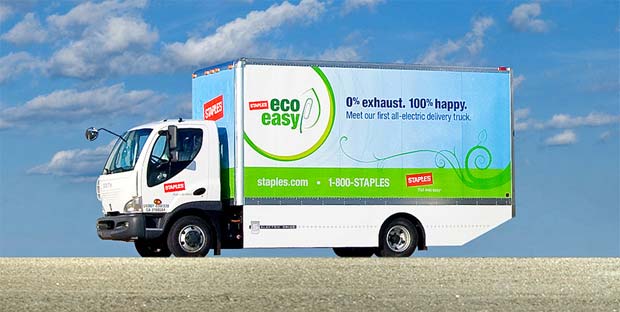 A company looking to purchase an electric truck today will likely experience some sticker shock: Such a vehicle costs nearly $150,000, compared to about $50,000 for the same kind of truck with a standard internal-combustion engine.

But before long — perhaps surprisingly — it’s a purchase that should pay for itself.

That’s the conclusion of a new MIT study showing that electric vehicles are not just environmentally friendly, but also have the potential to improve the bottom line for many kinds of businesses.

The study, conducted by researchers at MIT’s Center for Transportation and Logistics (CTL), finds that electric vehicles can cost 9 to 12 percent less to operate than trucks powered by diesel engines, when used to make deliveries on an everyday basis in big cities.

“There has to be a good business case if there is going to be more adoption of electric vehicles,” says Jarrod Goentzel, director of the Renewable Energy Delivery Project at CTL and one of four co-authors of the new study. “We think it’s already a viable economic model, and as battery costs continue to drop, the case will only get better.”

The CTL study was conducted using data collected by the international office supplier Staples, as well as ISO New England, the nonprofit firm that runs New England’s electric power grid. Using that data, the researchers modeled the costs for a fleet of 250 delivery trucks, and examined alternate scenarios in which the whole fleet used one of three kinds of motors: purely electric engines, hybrid gas-electric engines and conventional diesel engines.

Based on the Staples data, the researchers modeled what would happen if the trucks in the fleet were driven 70 miles a day for 253 work days per year, with diesel gasoline costing $4 per gallon. Trucks with internal-combustion engines averaged 10.14 miles per gallon, compared to 11.56 miles per gallon for hybrid trucks, while the electric-only trucks averaged 0.8 kilowatt-hours per mile. Staples currently has 53 electric trucks, manufactured by Missouri-based Smith Electric Vehicles, in use in several American cities.

The study added one new component to the projections often made by industry fleet managers: The researchers looked at what would happen if the fleets of trucks were part of a vehicle-to-grid (V2G) system in which their batteries could be plugged into the electricity grid for 12 hours overnight, as an additional resource for providing reliable electricity to consumers. In such a setup, truck owners would be paid by utility firms for the power services they provide. V2G systems are currently being tested by multiple utility companies.

After running the numbers for various scenarios in which trucks are parked at slightly different times overnight, the MIT team found that businesses could earn roughly $900 to $1,400 per truck per year in V2G revenues in current energy markets, representing a reduction of 7 to 11 percent in vehicle operating costs. Firms would also save money on fuel, and on maintenance, because electric trucks induce less wear and tear on brakes.

All told, the operational cost per mile — the basic metric all fleet managers use — would drop from 75 cents per mile to 68 cents per mile when V2G-enabled electric trucks are substituted for internal-combustion trucks. Moreover, as Goentzel notes, “almost all these costs scale down to the individual vehicle.” Firms do not need fleets as big as 250 trucks to realize savings.

Michael Payette, director of fleet equipment at Staples, suggests that the MIT analysis corresponds with his firm’s results so far — although “it is still early in our post-deployment analysis,” he notes. In reviewing the performance of electric trucks, Payette adds, there have been “no real surprises from a reliability perspective, but I was surprised by the drivers’ acceptance, to the point where they do not ever want to drive a diesel [truck] again.”

As Goentzel acknowledges, one limitation of the concept is that it only applies to urban truck fleets; electric vehicles do not have the range to make many kinds of rural or interstate deliveries. On the other hand, he notes, opportunities abound to use midsize electric trucks in cities.

“If you’re in an urban environment, almost any truck you see is a candidate,” Goentzel says. “If there’s a commercial truck in a city, it’s likely to be part of a fleet, whether it’s a service vehicle for a cable company, an electric utility truck, a mail package-delivery truck or part of a government fleet.”

And if the V2G concept is brought to market, commercial fleets would likely be among the first vehicles to be used, partly for logistical reasons: They would provide power resources that could be connected to the grid at regular times in the same locations.

“The initial opportunities for V2G are likely to be for fleets, because they can be managed and controlled,” Goentzel says. Knowing that, say, Staples would have 250 trucks plugged into the grid at certain overnight hours would help utilities smooth out the flow of electricity to consumers. That delivery would be harder to manage, he notes, if it depended on individual consumers plugging their autos into the grid at more random times. “There is some work to be done before the average person is able to plug in their car and get paid by the grid,” Goentzel acknowledges.