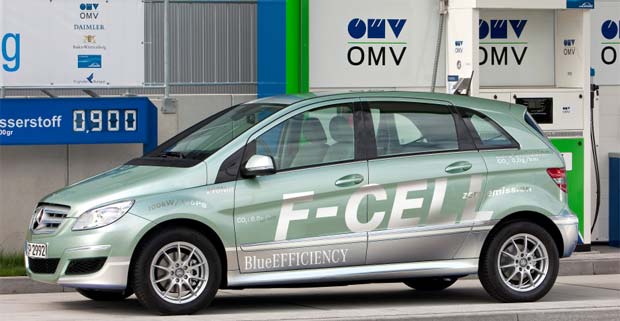 For the passenger car market, fuel cells offer the benefits of zero-emissions operation without the range and charging limitations of pure battery electric vehicles (BEVs).  While the market for fuel cell vehicles (FCVs) has been slower to develop than many anticipated a few years ago, major automakers including Toyota, Daimler, GM, Honda, and Hyundai have all publicly stated that fuel cells are a critical piece of a complete clean vehicle portfolio. Commercialization is expected to accelerate beginning in 2015.

According to a recent report from Pike Research, cumulative commercial sales of FCVs will surpass 1 million by the end of this decade, generating $16.9 billion in annual revenue by 2020.

The largest market for FCVs will be the Asia Pacific region, which will account for more than half of total worldwide sales in 2020.  The most rapid growth, however, will come in Western Europe, where sales with increase at a compound annual growth rate (CAGR) of almost 53%.

While these latest figures represent a downgrade from Pike Research’s previous FCV forecasts, published in the first quarter of 2010, the cleantech market intelligence firm expects a step change in FCV production levels to occur in 2015.

After a five-year ramp-up period, production from top automakers will likely reach just under 58,000 in that year and accelerate rapidly from there.

Early sales will be focused on areas where infrastructure investments have been or are being made, such as the United States (primarily California and the New York City region); Germany; Scandinavia; Japan (mainly Tokyo, Nagoya, Osaka, and Fukuoka); South Korea (primarily around Seoul); and Shanghai, China.