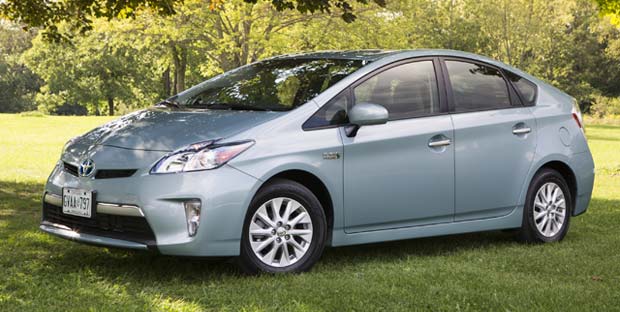 The 2012 Toyota Prius Plug-in Hybrid, which will go on sale in Spring of 2012, earned Decisive magazine’s annual Urban Green Vehicle of the Year Award.

The 2012 Prius Plug-in Hybrid will be among the winners and finalists to be honored at the 16th Annual Urban Wheel Awards, hosted by the Emerging Diversity Education Fun (EDEF) and Decisive Media, on Sunday, January 8, 2012, in Detroit.

The three Urban Vehicles of the Year award winners and finalists were announced after being selected by an independent panel of automotive journalists, who reviewed several dozen cars and trucks in various North American urban settings. Decisive magazine’s Urban Vehicles of the Year, which were selected on the basis of style, practicality and attainability, will be featured in the magazine’s winter issue and on mobile applications.

The 2012 Prius Plug-in Hybrid, which offers seating for five, is expected to achieve a manufacturer-estimated 87 MPGe (miles per gallon equivalent) in combined driving and 49 MPG in hybrid mode.