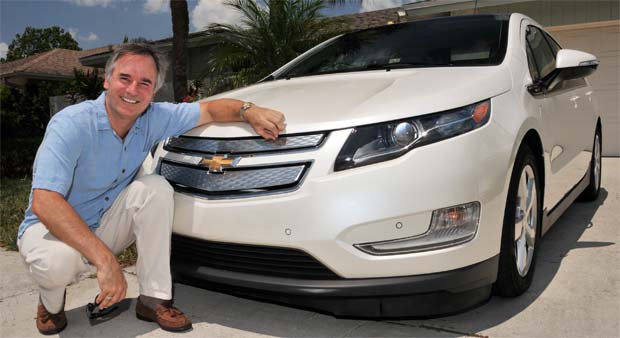 Early Chevy Volt owners are reporting a staggering 1,000 mile between gas station fill-ups, or for 30 days on a single tank of fuel.

”Chevrolet Volt owners drove an average of 800 miles between fill-ups since the Volt launched in December, and in March they averaged 1,000 miles,” said Cristi Landy, Volt marketing director.

In order to highlight the potential performance the Chevrolet Volt has, the automaker is bragging about two owners – one in Florida and one in South Carolina.

Steve Wojtanek, one of the Volt owners from the first batch, has managed for instance, by driving carefully, to reach an average of 122 mpg, while Gary Davis of Greenville says he’s seeing a fuel economy of 547 miles per gallon. Officially, the car has an EPA mpg equivalent of 93.

According to the company, 80% of Americans drive fewer than 40 miles a day, which would be just in the ballpark of the Volt’s all-electric capabilities.[wzslider height=”400″ lightbox=”true”]