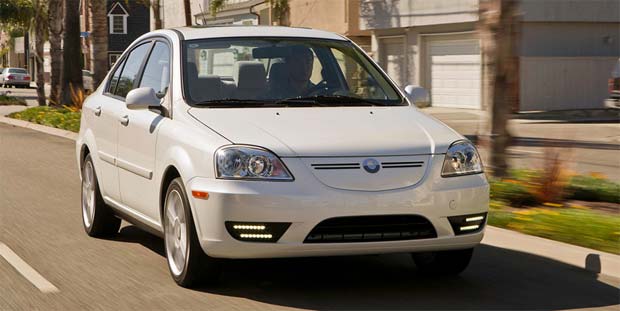 The funding will be used to prepare for start of production of the company’s flagship all-electric vehicle, the CODA Sedan, and to support the company’s 2011 sales and marketing efforts. The investment will also fund additional equity investment in the company’s joint venture battery production facility where CODA will manufacture its multi-purpose Lithium-ion power battery systems for automotive and utility applications.

New investors Harbinger Capital Partners and Riverstone Holdings LLC both led the round, and Morgan Stanley acted as CODA’s exclusive investment advisor and placement agent for this round. Existing investors participating in the offering include: Miles Rubin, CODA’s Founder and Co-Chairman; Steven “Mac” Heller, CODA’s Interim CEO and Co-Chairman, former Goldman Sachs Worldwide Head of Mergers & Acquisitions and Co-Head of the Investment Banking Division; AERIS Capital, the lead investor in CODA’s Series C Round; and Angeleno Group, CODA’s founding venture backers. Harbinger and Riverstone will each have a seat on CODA’s Board of Directors.

In addition to producing electric vehicles, CODA is a global manufacturer of transportation and utility power storage battery systems through its joint-venture with Lishen Power Battery, LIO Energy Systems. Lishen, the largest shareholder of which is China National Offshore Oil Corporation (CNOOC), is one of the world’s largest manufacturers of Lithium-ion cells. CODA is considering several sites in Ohio for the construction of a power battery manufacturing facility that would also be built in a joint venture with Lishen. Construction of a facility is contingent upon the approval and receipt of a Department of Energy (DOE) Advanced Technology Vehicles Manufacturing (ATVM) loan.

CODA’s debut vehicle, the CODA Sedan, is a four-door, five-passenger all-electric car. The vehicle is powered by a breakthrough Lithium-ion battery system with more energy capacity and all-electric range than other electric vehicles in its class. The vehicle is fully-equipped for comfort, convenience and safety. Factory standard equipment includes a telematics package, navigation with turn-by-turn directions, roadside assistance with an emergency button, a Bluetooth system with an embedded microphone, AM/FM/XM radio with satellite capability, iPod dock, MP3/USB connectivity and other features. Safety equipment includes anti-lock brakes with electronic stability control and advanced airbags with an occupant detection system. The vehicle is backed by a three-year/36,000 mile limited warranty and the battery system is backed by an eight-year/100,000 mile limited warranty. The car will be marketed initially to public and private fleet customers, as well as consumers in California with an expansion planned soon thereafter.