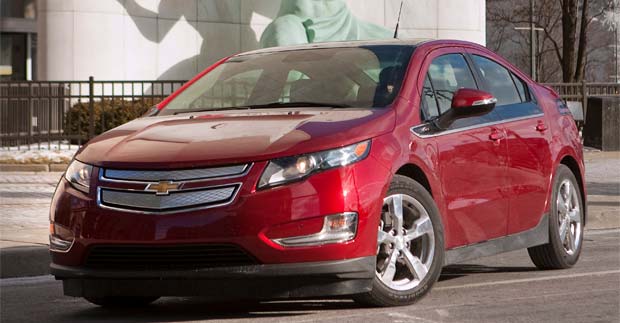 The Chevrolet Volt extended-range electric car was named 2011 North American Car of the Year at the Detroit Auto Show on Monday.

The Chevrolet Volt has previously won several awards in the United States, including the Green Car of the Year award and Motor Trend Car of the Year.

The Chevrolet Volt beat out the all-electric Nissan LEAF as well as the Hyundai Sonata: 233 points for Volt, 163 for Sonata and 94 for LEAF.

In the truck contest, the Ford Explorer sport utility vehicle was named 2011 Truck of the Year, edging out the Jeep Grand Cherokee and the Dodge Durango.

The North American car and truck of the year awards are voted on by a jury of up to 50 automotive journalists from the United States and Canada.