Over 6,000 People Get Behind Wheel During Chevy Volt Unplugged Tour 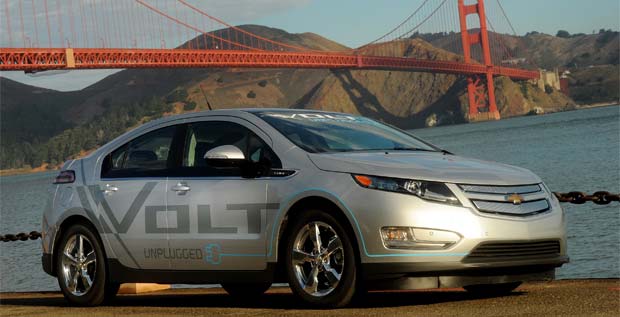 Nothing is more important with a new vehicle, especially a groundbreaking one like the Chevrolet Volt, than getting people to drive it.

During the 12-city Chevy Volt Unplugged Tour, 6,348 consumers climbed in and took the electric vehicle with extended-range capability for a spin.

In shopping mall parking lots, on corporate campuses and on city streets, praise for the driving experience was nearly unanimous.

The Volt Unplugged tour covered 4,124 miles and visited more than a dozen cities including San Francisco, Los Angeles and San Diego, where the Volt goes on sale next month, and several markets it will reach in the next 12 to 18 months. A common refrain from test drive participants in non-launch cities was a lament that they have to wait for the Volt to go on sale.

On a fully charged battery and tank of gas, the Volt has a driving range of hundreds of miles. Because the Volt uses gasoline to create its own electricity in extended-range mode driving, long trips are possible. The Volt is powered only from electricity stored in its 16-kWh lithium-ion battery for 25 to 50 miles, after which a gasoline engine-generator seamlessly engages to extend the driving range.